The Red Square is like the city of Moscow, ancient and vast, surrounded by styles of architecture of different periods. The Kremlin is on its western side, the State History Museum on its north, the beautiful GUM department store along its whole eastern side, and the world famous coloured domes of St. Basil's Cathedral on the south. These icons all represent Moscow as the political, historical, business and religious centre of Russia. 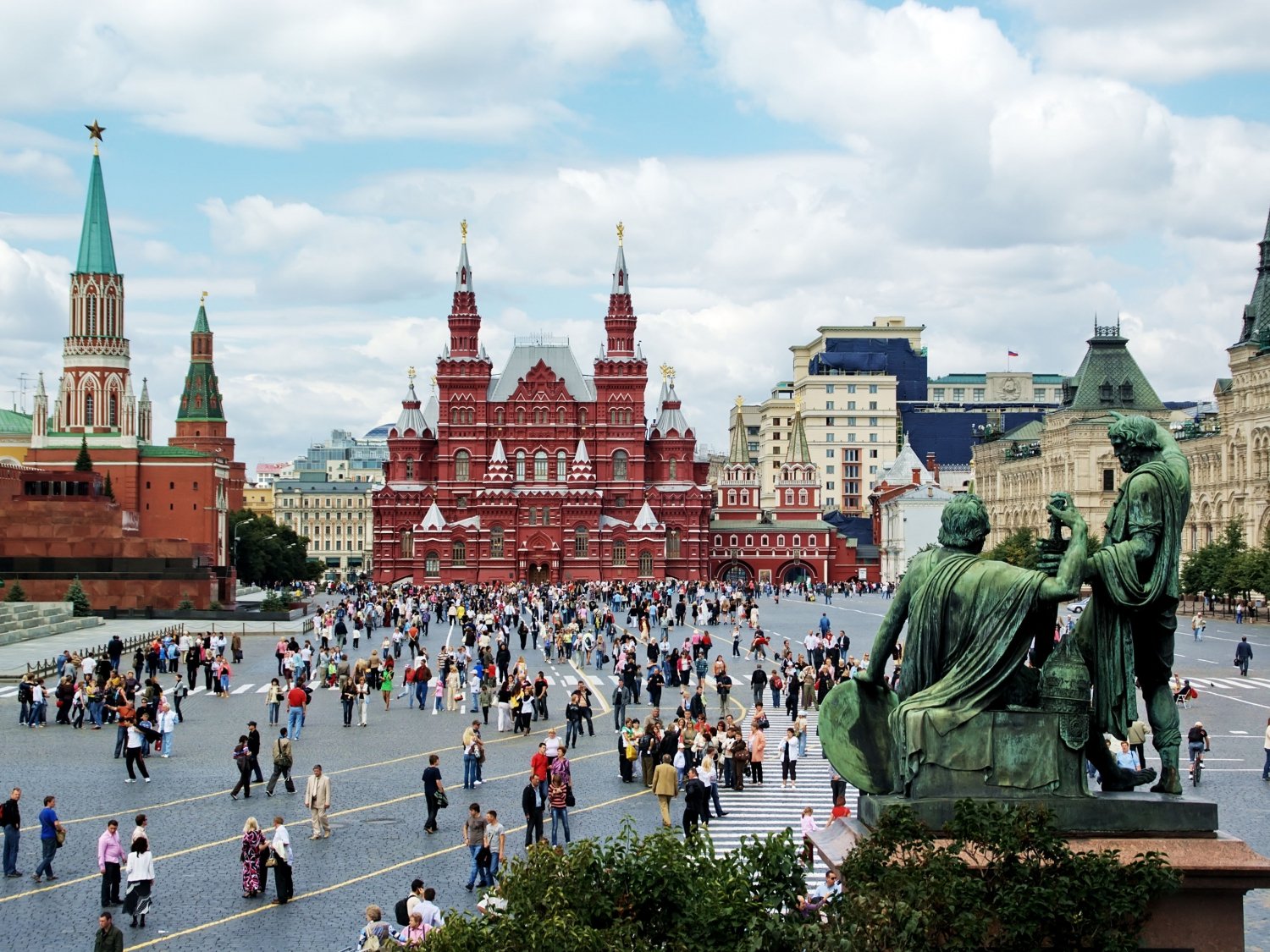 Since the fifteenth century, the Red Square was Moscow's heart and soul. It was originally known as Trinity Square after Trinity Cathedral which was on the site where St. Basil's Cathedral now stands. Why is it called the Red Square? Well, in the Old Russian language, the name "Krasnya" meant beautiful and it has nothing to do with red walls or communism. In fact, the Kremlin walls used to be white and it was only in the seventeenth century that "Krasnaya" started to mean "Red" as it is known today.
The main tourist attraction within the Red Square is without any doubt St. Basil's Cathedral, the symbol of Moscow and the most famous building in the whole of Russia. It was built by the order of Ivan the Terrible to commemorate the capture of Kazan in 1552. St. Basil's Cathedral was entrusted to the architect Ivan Barma, commonly known as Postnik. According to legend, Postnik was subsequently blinded following the Cathedral's completion in order to ensure that he does not plan a building of similar beauty again.
More to the left is Spasskaya Tower which has Russia's main clock, called the "Kuranty", at its top. The tower is synonymous with New Year's Eve celebrations in Moscow, since its clock is emblazoned on every television in the country on the stroke of midnight. The Spasskaya Tower, one of the entrances into the Kremlin, is considered as the main one of twenty towers and the only one actually facing the Red Square.

To the western side of the Red Square is the red Kremlin Wall Necropolis. This contains the tombs of past Soviet Leaders with one predominant unusual attraction â Lenin's Mausoleum. The resting place of the leader's mummified body and the nub of controversial debate, the Lenin Mausoleum is open to the public and a powerful reminder that, like socialism, Lenin is dead but not forgotten. 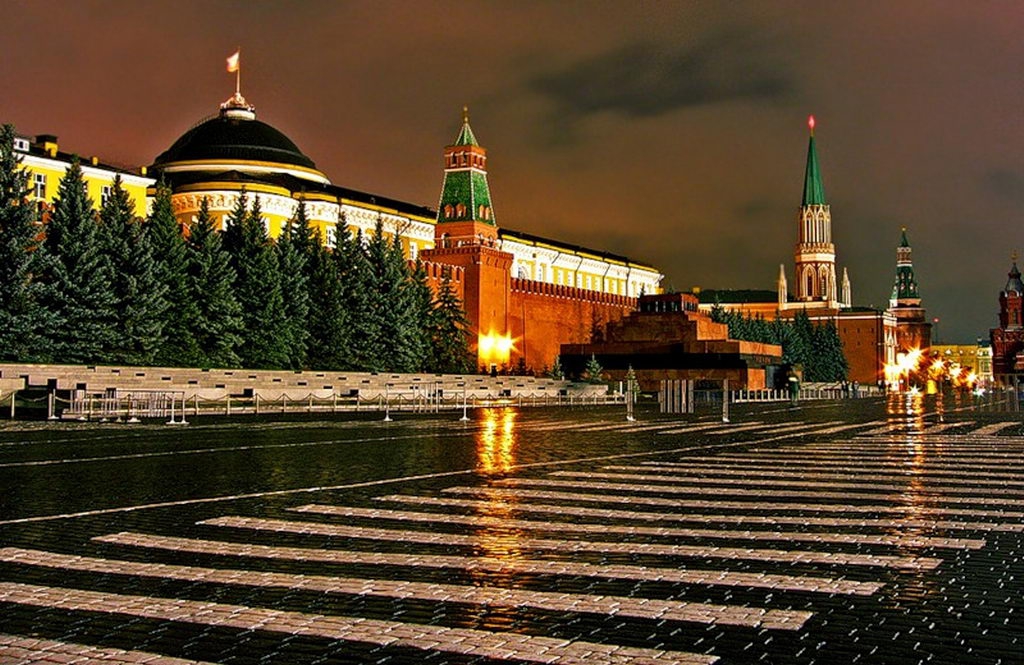 The beautiful building of the History Museum on the north of the Red Square is another landmark. It is the largest museum of Russian history, displaying a vast collection of artefacts from ancient times to date. Another landmark is "Lobnoye mesto", a round platform where public ceremonies used to be held. Next to it there is the Monument of Minin and Pozharsky who helped to free Moscow from Polish invaders in 1612.
Next to the restored Kazan Cathedral and Iverski Gate there is the very impressive GUM shopping mall, the oldest in Russia that looks more like a palace than a shopping mall. So when all the sightseeing in this square is done, or when the weather in winter is too unkind, one is well advised to pay GUM a visit. It has an elegant interior with beautiful arcades on three levels, all linked by foot bridges under a magnificent glass ceiling. It is possible to spend hours in GUM, wandering around the designer shops and enjoying a coffee while soaking up the atmosphere.

The Red Square is much more than an open space for the annual Victory Parade on May 9 held to commemorate the Second World War victory over the Nazis. Its use throughout history varied from a market place where people congregated, to religious festivals and public executions. Nowadays the Red Square is the venue for several high profile musical concerts and during the winter months a massive Ice Rink is set up.

As with Russia's past, the Red Square's legacy is bittersweet â bloody, cruel and glorious all at the same time. Its magical atmosphere makes visitors come back over and over again.
Written by:
UPDATED: Apr 22nd 2022