Driving through the streets of Moscow you cannot fail to notice a number of similarly styled colossal buildings dominating the skyline of Russiaâs capital. These âStalinskie Vysotkiâ (Stalinâs tall buildings), also referred to as the Seven Sisters, were an expensive aesthetic statement that took shape in the post-war years. An intricate combination of Russian Baroque and Gothic styles, the Seven Sisters today accommodate the Ministry of Foreign Affairs, the Moscow State University, Hotel Ukraina, Hotel Hilton Moscow Leningradskaya, Kotelnicheskaya Embankment Apartments, Kudrinskaya Square Building and the Red Gates Administrative Building.  Hate them or like them, they are the dominant feature of the city skyline and a stark reminder of Moscowâs turbulent yet dominant past. 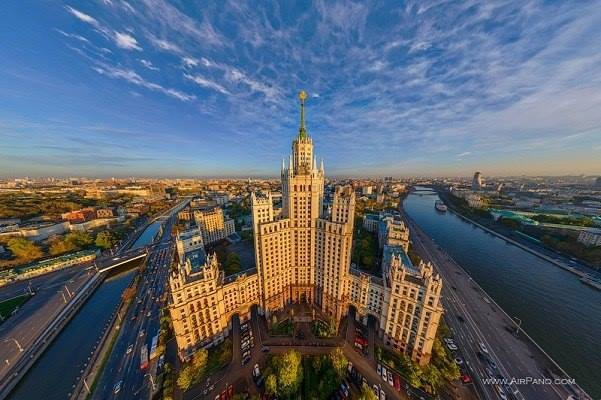 The main building of the Moscow State University is the highest of the Seven Sisters.  At 240 metres, its main tower is the tallest educational building in the world. It is a "must visit" site due to its large compound and beautiful park. Head out to Sparrow Hill in front of the skyscraper to get a beautiful panorama of the city of Moscow, appreciating its immensity and a vantage point to take in a view of all the Seven Sisters at once. Clearly visible is also the Luzhniki Stadium where the football Champions League final was held in 2009 between Manchester United and Chelsea.

The construction of Red Gates Administrative Building was particularly remarkable.  Its right wing was built on top of a functioning metro station.  In order to prevent thawed waters from the construction site flowing into the station, giant machines froze the soil and the building was deliberately erected tilted to one side.  When completed, the frozen soil was allowed to thaw and the building settled down in a horizontal level. This pioneering method has so far never been used anywhere else in the world.

After the second world war, Joseph Stalin who was the first Soviet General Secretary (a title synonymous with leadership of the Soviet Union),  gave the order to construct seven skyscrapers to dominate the Moscow skyline to compare with the worldâs top capitalist cities.  As skyscraper technology had never been used in Russia, this project was a real challenge for architects and engineers as Moscow is situated on soft soil that required much deeper foundations. However, Stalin was ready to invest all the necessary finance and energy that was required.  Whilst in the United States skyscrapers were built due to the price of land, this was not the case in Moscow as land was not at a premium.

The original blueprint for all of them, the "Palace of Soviets", was actually a pre-war concept. It was to be even grander and controversially erected instead of the Christ the Saviour Cathedral (the tallest Eastern Orthodox Church). This mammoth monument to socialism had to be 420 meters high with a giant statue of Lenin on its top. With the Cathedral already reduced to rubble, the outbreak of war and complications in the construction due to the siteâs soft soil the project was halted. After Stalinâs death, the flooded foundation hole was transformed in to the worldâs largest open-air swimming pool. Finally, following the demise of the Soviet Union, an impressive replica of Christ the Saviour Cathedral was rebuild on location in the latter years of the nineties. 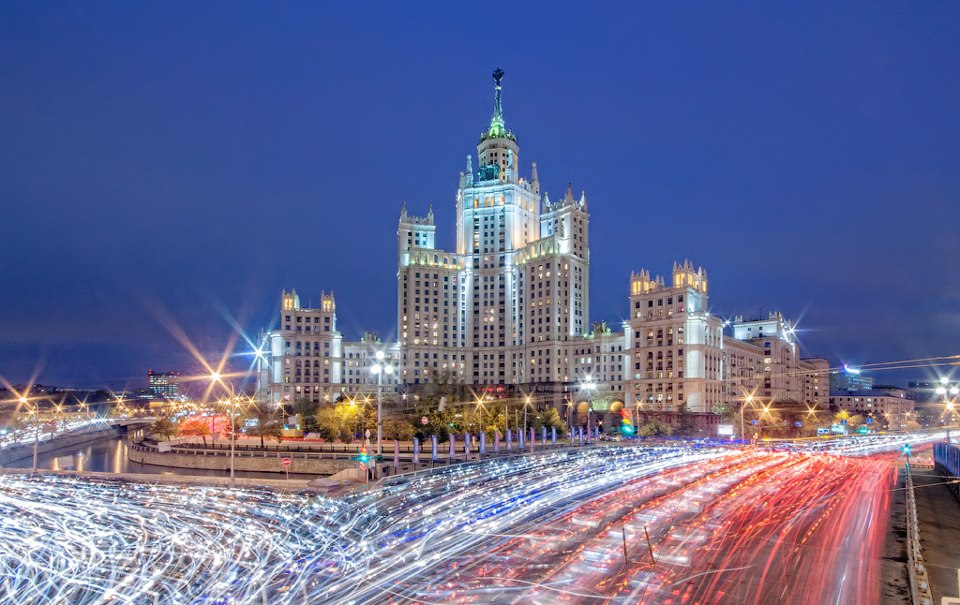