Filter The Cathedral of Christ the Saviour by Type

The Cathedral of Christ the Saviour

Immerse yourself in Russian religion, history and culture with a trip to one of Moscowâs holiest and most controversial buildings.

The Cathedral of Christ the Saviour is worth visiting as much for its fabulous glittering icons as for the fascinating, yet tumultuous history within its walls. To Russians, the golden crowned cathedral has come to symbolise everything from sanctity, to the victory of religion over communism. More recently, the cathedral has been shadowed by corruption and controversy but nevertheless, it remains one of the most spectacular structures in the Russian Orthodox Church. 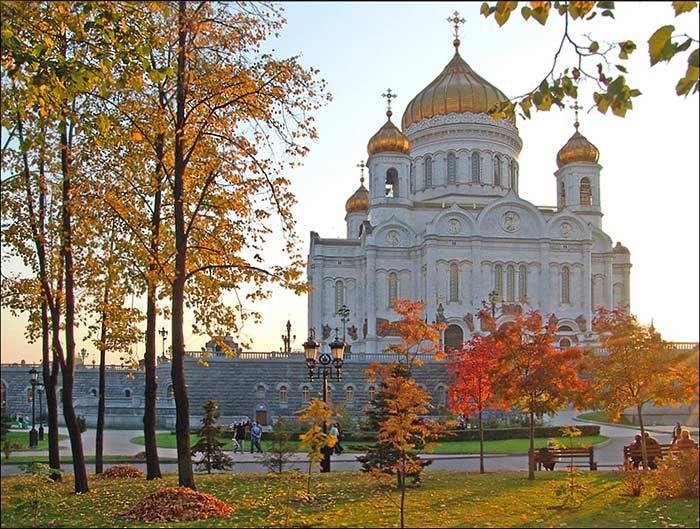 Standing proudly on the northern bank of the Moscow River, the cathedral was originally built to commemorate Russiaâs victory over Napoleon in 1812. By 1880, it had become one of Russiaâs most important cathedrals, used to celebrate the royal birthdays and victories of the Russian Empire. Stalin ordered that the building demolished in 1931 due to its symbolic significance as the heart and soul of Russian Orthodoxy. The site of the Cathedral lay empty for several years, until Khrushchev ordered the building of a heated outdoor swimming pool.

The Cathedral was reconstructed based on its original design in the 1990s amid controversy over dubious sources of funding and the forging of increasing close ties between the Church and the State. Today the building once more represents the heart of Russian Orthodoxy and hosts major religious festivals throughout the year.