Russia: The Decline of the High Heel?

"I do not know who invented high heels, but all women owe him a lot"

Thank you http://by-nikita.com/ again for the intersting article!

Today my office in Moscow looks like a last chance lost and found clearance organised from time to time in schools. Employees are encouraged to retrieve their shoes or to seize the remainders, as the rest will go to charity. Here all the women employees metamorphose into Cinderellas trying in turn the shoes on display in this bulging closet wardrobe. Because these ‘businesslike’ shoes have the characteristic of not being mismatched like those of the school’s lost and found boxes and are not typically sports shoes, but shoes with high heels. These shoes have been mostly abandoned by employees who have left the company or have been forgotten in favour of those more fashionable. As Diane von Furstenberg said while describing her relationship with her 400 pairs of shoes, “Objects in our wardrobe are like friends. We have long-time friends, new friends, friends forgotten and neglected friends”.

In some countries, like the United States and the United Kingdom, the tendency is to bring the daily replacement shoe to the office. In Russia, shoes, (at least 2 or 3 pairs per employee), can be stored in the closet of the locker room. A storage space for shoes, the dream of every woman, also becomes a company’s benefit. 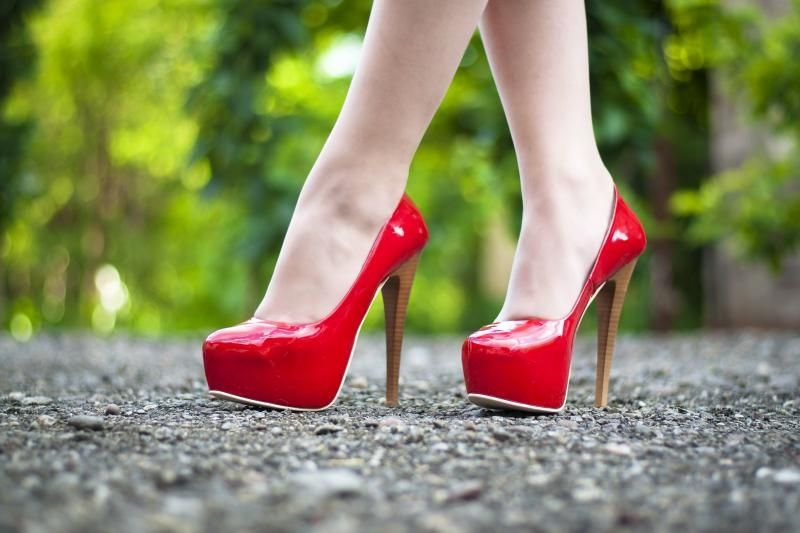 All this is not surprising given that Russia is considered the kingdom of the high heel, the state of the stiletto. All women wear them, regardless of social class, age, and in any context of daily life; from grocery shopping, to the office, to strolls in the park and of course for going out in the evening. Last spring a group of young Russian women in Novosibirsk, even demonstrated in bikinis and stilettos amidst the flooded streets during the snowmelt, to protest against poor street maintenance. 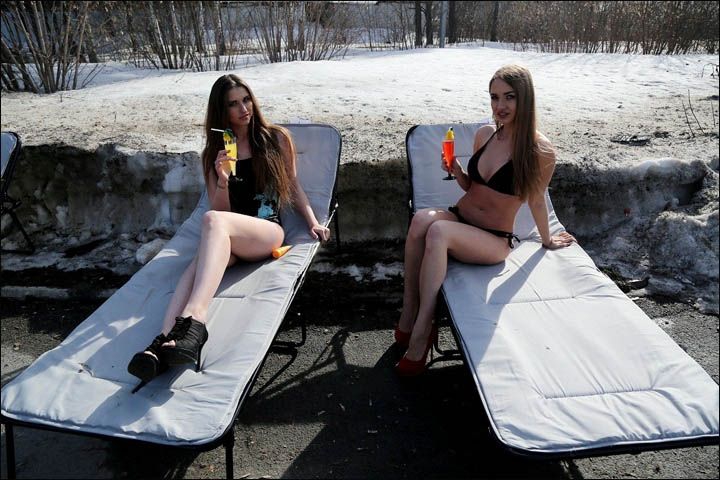 History is made of occurrences and recurrences as well as the revolving wheel that is fashion. The heel, from its birth in the late sixteenth century, rose and fell back on and off until reaching its peak with the advent of the Stiletto heel, the Killer heel, in the early 1950’s. In Western countries, high heels have been declining since the ’60s because of the Youthquake revolutionaries such as the hippies who instigated movements for gender equality. Since then, heels have resumed their existence in a sort of stainless fashion antagonism –  ‘heels or flats’. Conversely, in Russia the trend of high heels did not experience any setbacks for 50 years. Maybe this is why Russian women have an incomparable nonchalance when walking in heels even on ice. Surprisingly, it is not a Russian who holds the Guinness world record of the very popular stiletto race, but an Australian.

In any case, a Russian parliamentarian, Oleg Mikheyev, worried by the potential dangers of high heels on wearer’s health, such as foot disorders, up to skeletal problems and memory loss, as stated by the orthopedic Vladimir Khoroshev, submitted a law proposal to ban heels in Russia. This proposal does not seem to have met with much success… 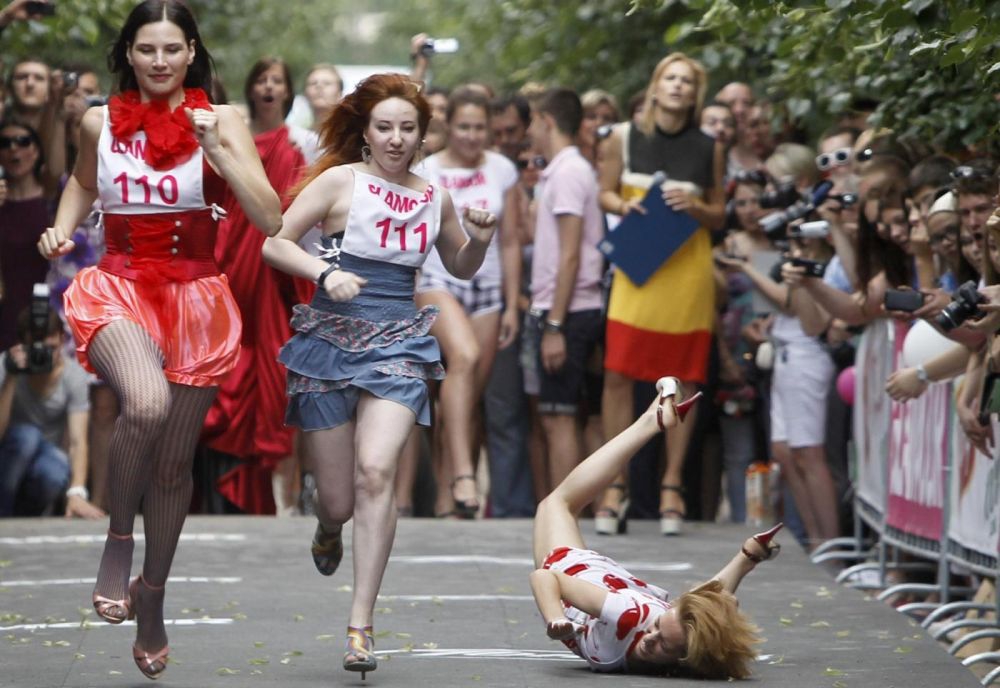 However, something is changing in Russia…sneakers, ballerinas, flat shoes in general are appearing. Is it because Russian ladies are trendy and fashion dictates either high heels or sneakers? Is it because life in Russia has become more hectic and people look for comfort? Is it because, timidly, after the equal professional opportunities between men and women offered in Soviet times, today the direction is towards a more egalitarian relationship between sexes?

The moral is: we do not know with exactitude what are the origins of the “decline” of high heels in Russia and if this trend will be consistent. Nor do we know with any certainty the real reason why women squeeze their feet into such torture: power, elegance, femininity or sensuality? Maybe we can stick to the Marilyn Monroe’s oft-cited statement “I do not know who invented high heels, but all women owe him a lot.” 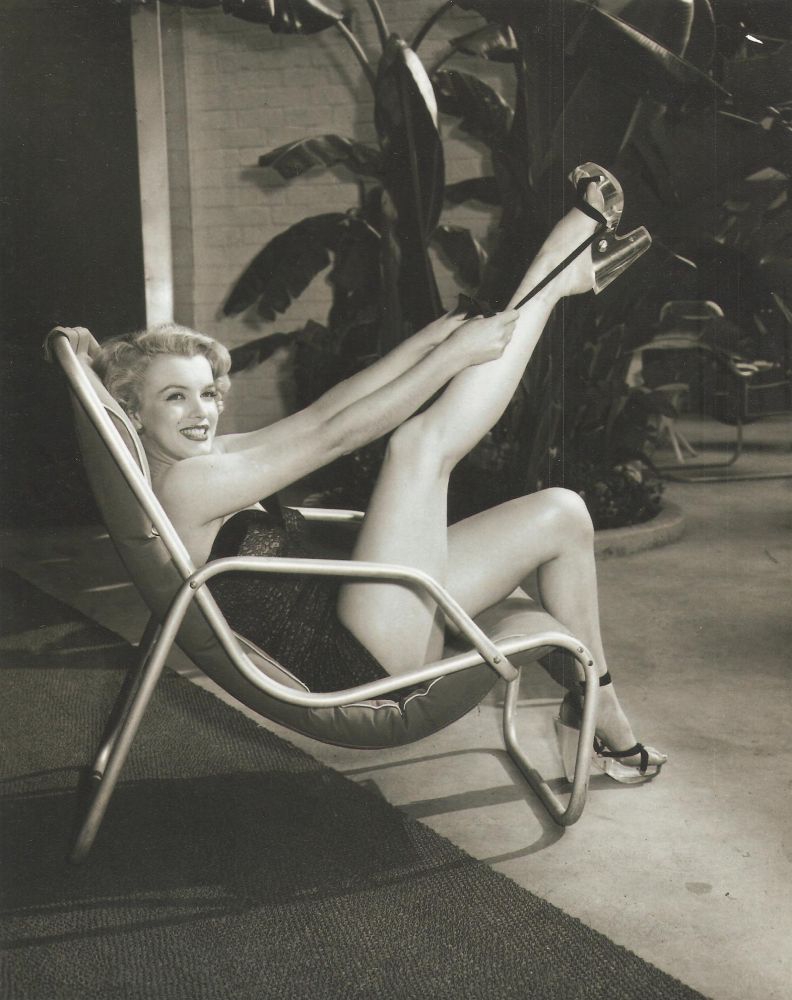