our love to Russia with its "pierogi, sterlet soup, schis, goose giblets..."

Praised by famous poets and writers, true Russian cuisine with its simple but delicious meals that formed the mainstay of peasants’ and tsars’ living seems to have fallen into oblivion. Contemporary perception of Russian food, unfortunately, comes down to stereotypes that Russians always ate cabbage schi, porridge and pelmeni. And the reason is quite clear – the recipes, gathered so carefully by our ancestors during many centuries, were lost and forgotten. Thanks only to Russian literature, some exclusive dishes of traditional cuisine, such as botvinia (cold soup), repnitsa (turnip soup), glazukha (porridge with pea), were revived and transformed into modern masterpieces of culinary art.

Developing since 9th century, Russian cuisine had some characteristic features preserved up to this day. At that time bread of rye dough and other pastries, such as saiki (bread rolls), baranki (cracknels), pyshki (doughnuts), blini and thick pancakes, appeared. Kashas (porridges) took a special place at the table and even gave the name to the wedding feast – “Kasha”. Made from buckwheat, barley, wheat and oats, they were worshipped as a symbol of welfare.  Since the beginning of culinary history, Russians got used to hot liquid meals, called “khlyobova” (schi, zatirukhi, zavarikhi, boltushki, pokhmelki, solyanki, rassolniki). 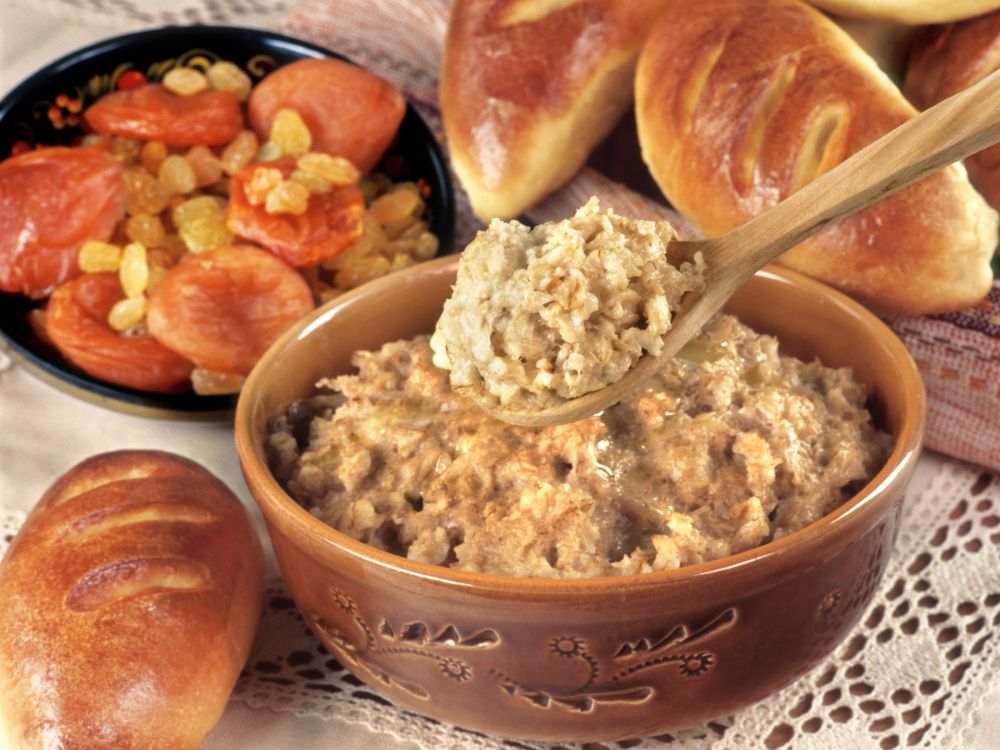 In the 16th century, when Kazan and Astrakhan Khanates, Bashkiria and Siberia were annexed to Russia, “Oriental” dishes, such as noodles and pelmeni, raisins and dried apricots, lemons and tea, were introduced and later became traditionally Russian. In that period the well-known delicacies as black caviar, salted and jellied fish appeared. All these delicacies and true Russian pelmeni (internationally known as Siberian ravioli) with either rabbit or veal are served in Pavilion. Like a luxurious dacha of the Soviet-era elite, the restaurant is situated at the bank of Patriarch’s Ponds – the main scenery of the novel “The Master and Margarita” by Bulgakov, being a must-visit place for all literature lovers.

Plenty of dishes, up to 50, were served at the table of boyars; the tsar’s table was full with 150-200 meals. Eating became a pompous and luxurious ritual of 6-8 hours duration. That concept of life is perfectly unveiled by Goncharov in his famous novel “Oblomov”: “The question of eating was the first and main concern in Oblomovka. Oh, the calve that were fattened before the yearly holidays! Oh, the fowl that were raised there! Oh, the subtlety of thought, the amount of work and worry that went into caring for them! Turkeys and chickens meant especially for birthdays and other celebrations were plumped up with nuts; geese were not allowed to move and were forced to hang motionless in sacks in the days leading up to a holiday so they’d be swimming in fat. Oh, the stores of jams, marinated vegetables and baked goods! Oh, the honeys, the kvas, the pierogi, they baked in Oblomovka!” The restaurant Oblomov named after the novel recreates the abundance of dishes described by Goncharov, paying special attention to hunter’s menu: sterlet and wild boar, duck and rabbit, bear and even Siberian muksun. 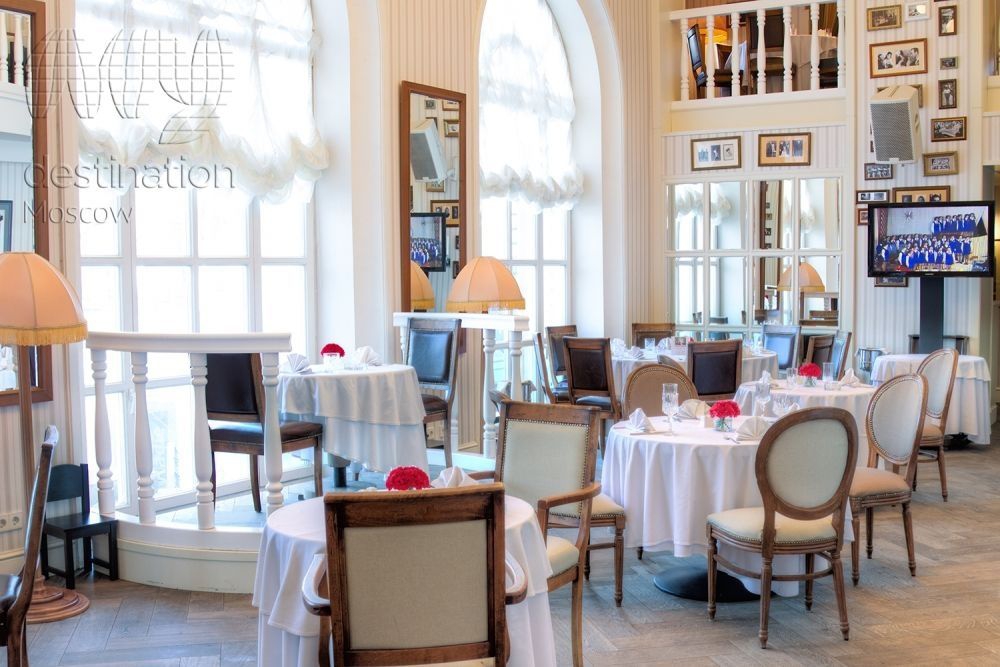 At the time of Peter the Great, West European culinary customs were borrowed by Russian nobility. They visited Europe and brought with them foreign chefs. As a result, minced meat was introduced into Russian cuisine: pates, chops, rolls, and casserole. German and French soups (the word “soup” replaced traditional “pokhlyobka”) along with French and Dutch cheeses gained much popularity. Through the “Window on Europe” Russians received mixes such as salads and garnishes which had been unknown before. The nobleman Evgeniy Onegin, the hero of the same-name novel by Pushkin, enjoyed the most sophisticated meals of European cuisine:

“before him roast beef, red and gory,
and truffles, which have ever been
youth's choice, the flower of French cuisine:
and pâté, Strasbourg's deathless glory,
sits with Limburg's vivacious cheese
and ananas, the gold of trees.”

The restaurant Russkoye Podvorye with the help of the Chef Lutsenko has managed to mix old Russian recipes and modern European meals and devote special attention to the ancient techniques of cooking: smoking and soaking in cast iron and ceramic pots.

From the second half of the XIX century, Russian cuisine suffered changes in favor of national traditions. A unique tavern cuisine was born offering traditional porridges, schis, rasstegayis, and kulebyakis prepared in tavern ovens similar to traditional Russian ovens. The chain of restaurants Grabli has borrowed the concept of tavern cuisine and offered the "free-flow" buffet-style service: everything is laid out on display. Here you can try many of the cuisines' most famous and popular dishes, such as borshch, chicken Kiev, seld pod shuboi ("herring under a fur coat"), and others. 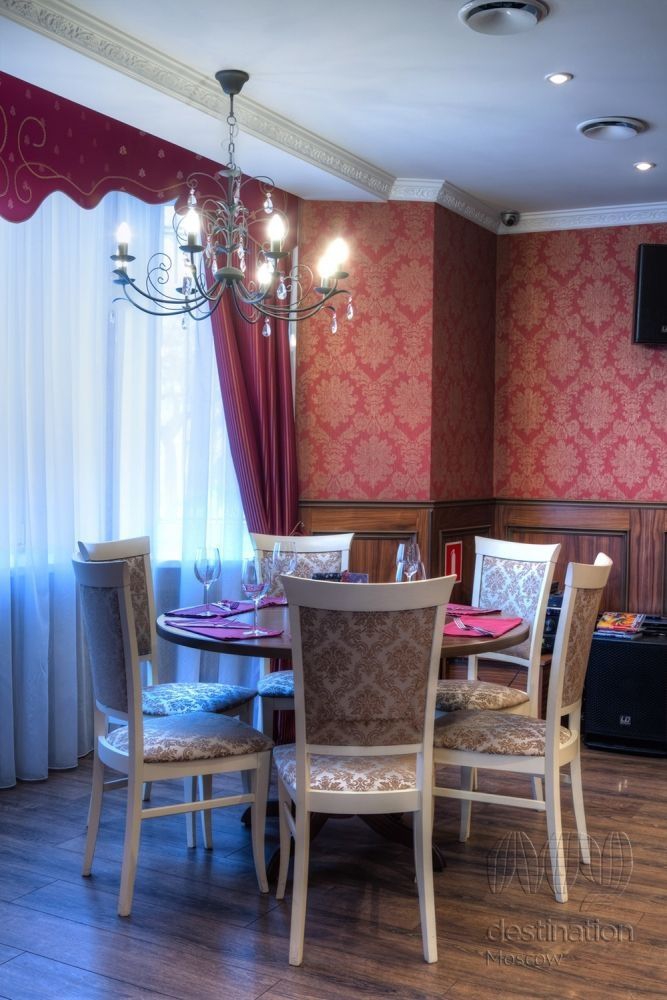 At all times the richest flora and fauna inhabiting vast territories of Russia have been the main source of pride and brought much variety into its traditional cuisine. The founder of the restaurant Chemodan, Menschikov, extremely inspired by Siberian cuisine, presented the most exotic spices of Siberia fauna to sophisticated Moscow public: brown bear’s fillet with white mushrooms and spinach, grilled musk or red deer filet with spicy vegetables or altaian mountain ox, lynx barbeque with lemongrass and parsley, served with stewed cabbage and red-wine and shamrock sauce, nelma (Siberian white salmon) with mushrooms and cream, grilled taimen with asparagus, roe brochettes with glazed onion and blackberry sauce, reindeer with red cabbage and apples, Siberian sturgeon with Laurent Perier champagne and lemongrass. They even joke that ‘Menschikov ate the Red Book’.

Hopefully, we will witness the renaissance of traditional Russian cuisine in near future, reveal its authentic flavors, and, like Nekrasov, we will confess our love to Russia with its “pierogi, sterlet soup, schis, goose giblets…” 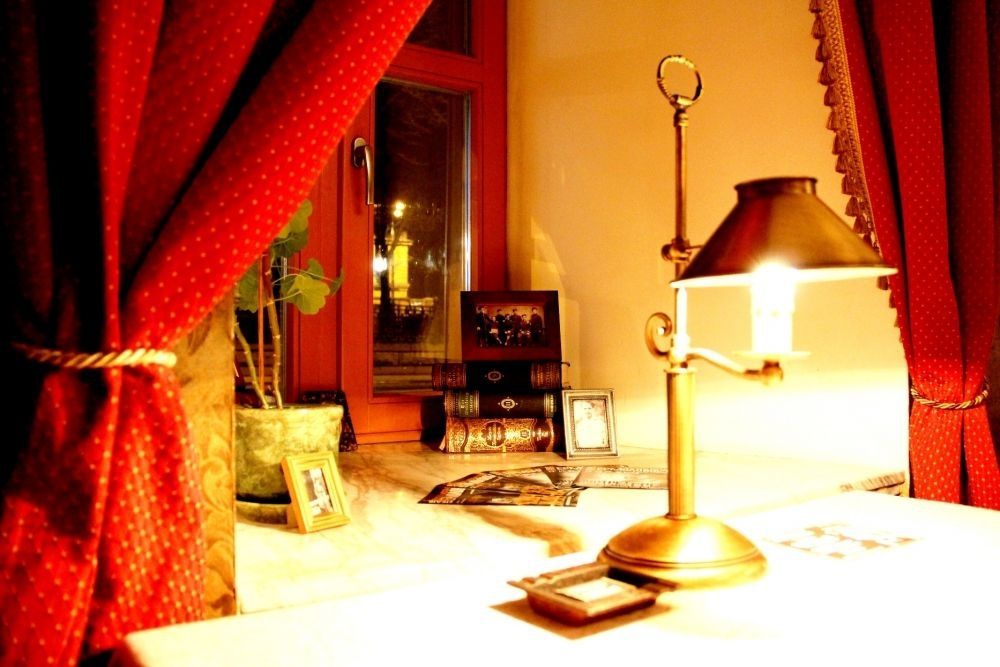