The New Year is the only holiday all nations in the world celebrate, and each follows its traditions and beliefs. The history of The New Year and its symbols is quite old and rich. For example, the tradition to dress the New Year tree came from Germany; the first glass Christmas balls were made in Sweden; and in 1895 the electric garland lighted the White House in the US for the first time. According to Asian beliefs, the brighter and louder you celebrate the more evil spirits you scare away – this is how fireworks and crackers appeared. So let’s see what distinguishes The Russian New Year, how Russians used to celebrate it several centuries ago, and what traditions they’ve kept until nowadays.

Russia has started celebrating The New Year on 1st of January since 1700, when Peter I (Peter the Great) decided to “synchronize watches” with Europe and live according to the common, Gregorian, calendar. In the XVIII century, Catherine the Great brought in the German fashion to trim the Christmas tree. In those times, people decorated trees with nuts wrapped in glitter papers, candies and even vegetables. Wax candles were set on branches, and the star of Bethlehem served as a tree topper until 1918, when the Bolsheviks considered it as a religious sign and renamed as Red Five-pointed Star. 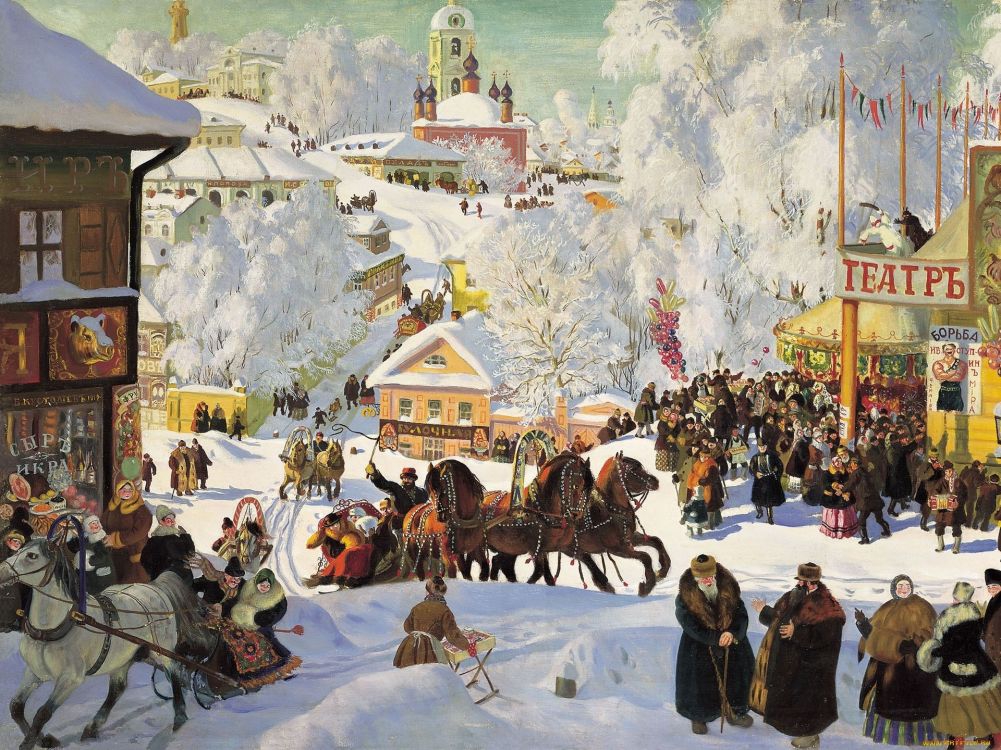 Since 1935, Russia can’t imagine the New Year without Ded Moroz (Father Frost). Unlike his European world-famous colleague Santa Clause who lives in Lapland, Ded Moroz is much richer – he has as many as three houses in Russia: Arkhangelsk, Veliky Ustyug and Murmansk. And, of course, he is always with his permanent companion – granddaughter Snegurochka. We love these heroes and always can’t wait to get presents from them. But a few of us know that earlier Ded Moroz was a gloomy person, and people gave his presents to make him kind.

As Russians say, “How you celebrate the New Year will dictate the course of the next 12 months”. This is why they treat all preparations seriously and with responsibility. Everyone should dress a new outfit which suites to Chinese Zodiacs sign of the year; cracked pots are thrown away; debts are repaid, and offences are forgiven. Every year, on 31st of December, all the country watches the favorite Russian films, which have become the symbol of the New Year - Carnival Night, The Irony of Fate, or Enjoy your Bath!, Gentlemen of Fortune. And, traditionally, when 5 minutes to twelve are left, we listen to the president’s address to the nation. 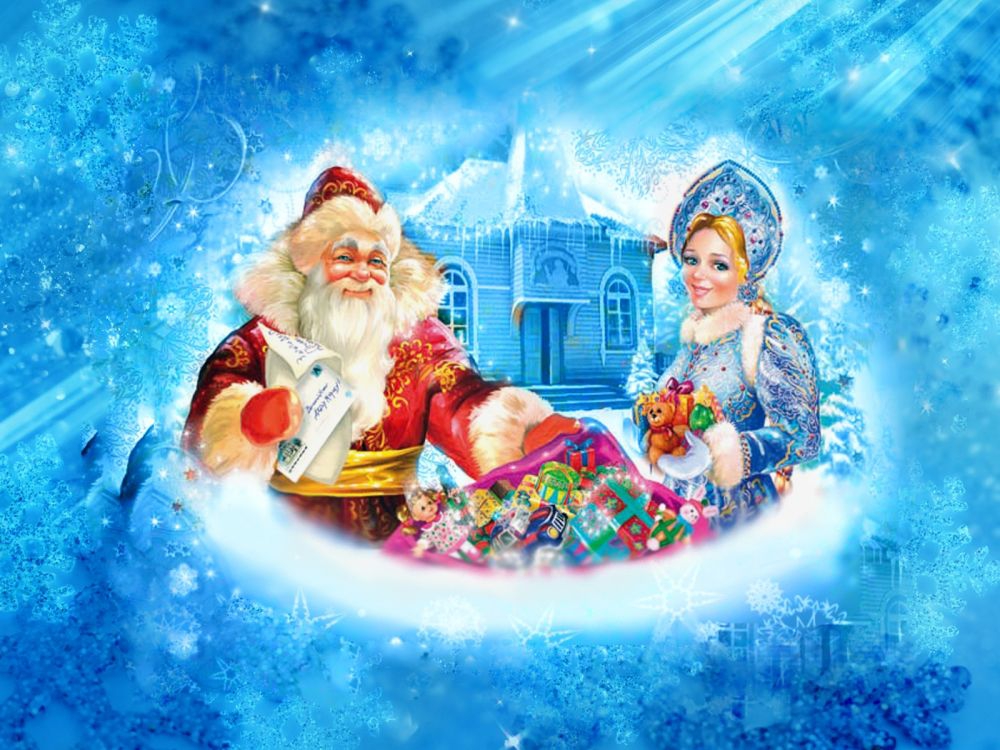 But the headstone of the holiday is the Table. At all times the New Year’s Table should have been groaned with food. In the XVIII century, roaster, buckwheat porridge, goose with apples or sour-crout were served. Later salmon, caviar and cheeses appeared on the table. In the XX century, the menu became more sophisticated: anchovy, lobsters and pilchards were served with various wines and champagnes from Europe. Today, a wide range of meals let us choose what to dish up. However, no Russian New Year’s table can do without Olivier salad, dressed herring, mandarins, and, of course, champagne. There is a tradition among young people: during chime of bells they make a wish, write it on a paper, burn it and pour the ash into the glass of champagne, which they should drink until the end of chime. We can’t but agree that taste of champagne tones our mood and we want to have the best one on the New Year’s table. Champagne by Maison Malard, founded in Champagne Province, France, in 1996, is undoubtedly the most deserving candidate for your table. Malard has created gorgeous champagne especially for women – Lady Style, light-gold color, flavored with white flowers and citrus. 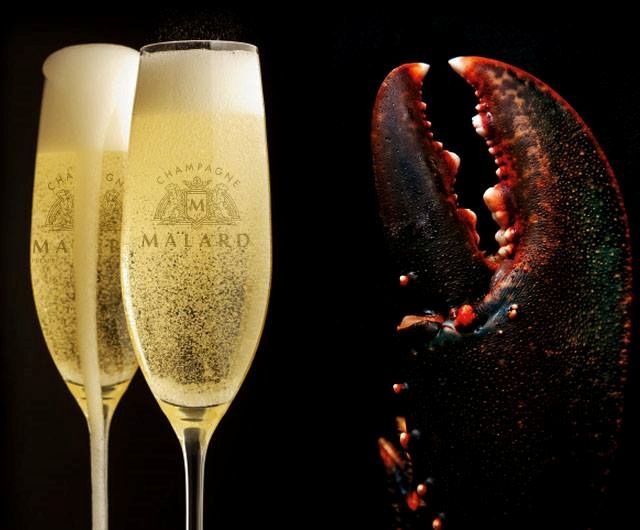 From ancient times, the New Year’s Eve was considered to be the best time for all kinds of divination and fortune-telling in Russia. Usually young ladies read the cards and coffee grounds to see their betrothed, write letters with their wishes and put them under the pillows. But no matter what kind of making a wish you choose, let all your dreams be bright, sincere, and come true in the next year of 2015! 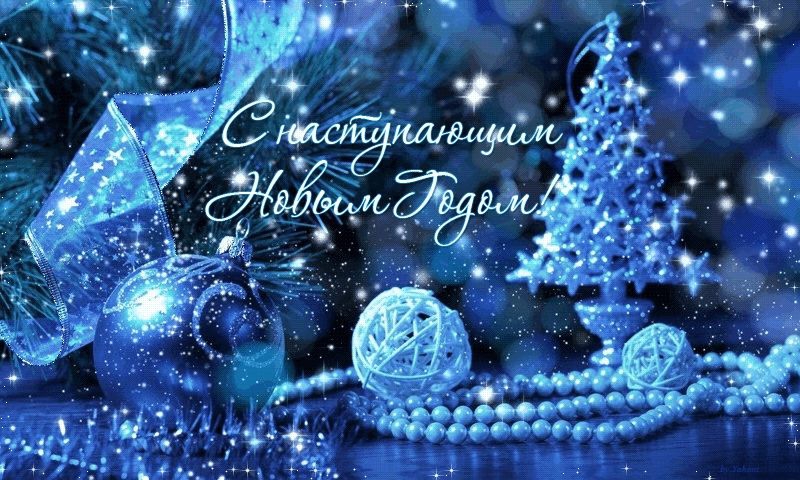