CHRISTMAS MADE IN RUSSIA: PLACES TO EXPLORE

The world’s most anticipated holidays are once again upon us. Most people around the world work from January to December with one eye on these holidays; Christmas and New Year’s Day. If you are one to travel during these holidays, you might be facing a tough decision to make on where to visit in search of a magical Christmas and New Year’s Day experience. While there are many majestic places in the world to fill you with anticipation, this time you should make a point of traveling to Russia which is home to some of the most amazing places in the world. If this comes as a surprise, I don’t blame you; Russia is massively underrated on the travel and tourism front. In this article, I will share with you the best places around Russia to celebrate Christmas and New Year’s Day. Let’s get this show on the road, shall we?

St. Petersburg
I figured I start with this familiar name to many. St. Petersburg is Russia’s second largest city with its storied past dating back to 1703. With glamorous structures lining its skyline, the historic city center is a certified UNESCO world heritage site. Architectural glamor aside, the city comes to life around these holidays, especially on New Year’s Day. If you a religious person, you are well covered as the Our Lady of Kazan Cathedral has inspirational Christmas mass, and they also welcome the New Year in style. But if going to church doesn’t appeal to you, the regular classical music concert in St. Petersburg got you covered. This being a popular city, planning and traveling should be easy as most tour agencies around the around offer outbound tours to St. Petersburg. 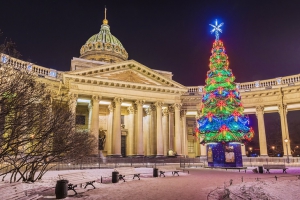 Moscow
Moscow is the iconic capital of Russia. It embodies the spirit of Russia than any other city in this expansive country which spans over two continents- Asia and Europe- and has over nine different time zones. The city has many to offer with the most impressive being the red square. This square explodes with pomp and color during these holidays in a unique way to warm any heart. At the end of the square lies the magnificent St. Basil’s Cathedral which is as beautiful as a church can get. The shapes and color mixtures on the church will impress you beyond words, and you can also enjoy a Christmas and New Year Day mass. At the heart of the city also lies the Moscow Kremlin which means fortress within a city. Like St. Basil’s Cathedral, it’s an architectural gem. More importantly than the city set-up, Moscow understands the spirit of Christmas. 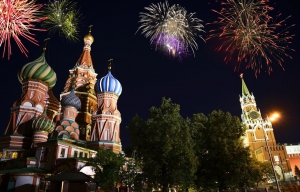 Kazan
Kazan is the sporting capital of Russia. And it’s most culturally diverse city, with well-balanced Russian Orthodox and Muslim cultures with churches, cathedrals and mosques dotted across the city. Kazan is an ancient city which celebrated its 1000th anniversary in 2015. Being an old city, the city’s Kremlin is notably white, and the Söyembikä Tower is a site to behold. The holidays are majorly about amazing experiences and exquisite dining, and Moscow is well positioned to offer both. The cuisine in these parts of Russia is a blend of Russian and Tatar. If not for anything else, you should go just for the food! Kazan is an eventful city, and even more so around Christmas and New Year’s Day. 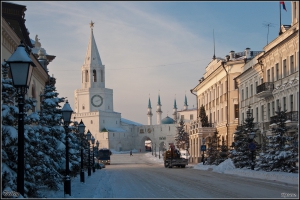 Velikiy Novgorod
Also known as Novgorod the Great, it is a city whose history is integral to the existence of Russia as we know it; it is often referred to as “the birthplace of Russia”. Novgorod city was established by merchants and ruled itself in sovereignty until the 15th century when it unified itself with Moscow which set events rolling for a United Russia. As ancient as the city might be, it comes alive during Christmas with events aimed at making the holidays unforgettable for everybody. For this upcoming Christmas, like any other, the Novgorod Regional House for Folk Art will play host to Christmas events at the Museum of Wooden Architecture. These events include traditional games, horseback riding, walks, workshops and Christmas rituals like fortune telling, clown shows among others. People of Novgorod come out in large numbers to celebrate Christmas and New Year’s Day, and joining them will make a unique holiday for most people. 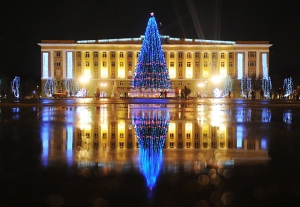 Lake Baikal
If the big crowds in the cities don’t thrill you, then Lake Baikal should do the trick for you. As a UNESCO World Heritage site, this is one of the most amazing places in the world and by some distance, the most beautiful water body in the world. It is the deepest and oldest lake on earth. The lake makes up for 20% of all the freshwater on Earth, and it’s surrounded by captivating vegetation. Along the shores of the lake, there are camping grounds, resorts, and hotels which are strategically located to give the guests the best view so as to soak up the exotic beauty of Lake Baikal. For nature loving person, this marvel of nature will provide the ideal holiday experience and a chance to unwind as the year comes to an end. 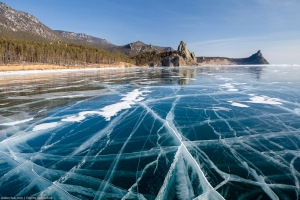 Petropavlovsk-Kamchatka
Kamchatka is not only one of the most beautiful places in Russia but one of the most amazing places in the world. Located in the far east of Russia, Kamchatka faces Avacha Bay with two giant volcanoes towering over it and with a clear view of a range of snowcapped mountains. With a modest population, the town has a lot of activities to offer to light up your Christmas such as hiking, visiting monuments and sailing. And a chance to indulge in the famous Kamchatka cuisine as the town has a reputation as a foodie town.


The Calendar Difference
Whereas it is clear that Russia is home to some of the most amazing places in the world, there are time differences in the Christmas celebrations. In Russia, the New Year’s Day celebrations come first as Christmas has celebrated on the 7th of January thanks to the Old Julian calendar which Russian Orthodox Church follows. The biggest parties and shows are put up during the New Year’s Day holiday, and these are the ones not to miss. On closer look, a 7th of January Christmas is not an inconvenience but rather an opportunity to experience the pomp and color of Christmas twice in quick succession.
During these precious holidays, many can agree that even the most amazing places in the world cannot make the holidays memorable without the hospitality and kindness extended to guests by the locals. And Russians are no less welcoming and fun than the people in other highly rated destinations. The fun of traveling is discovery coupled with breathtaking experiences, and as this article has showcased, Russia is a prime destination for your Christmas and New Year Celebrations.