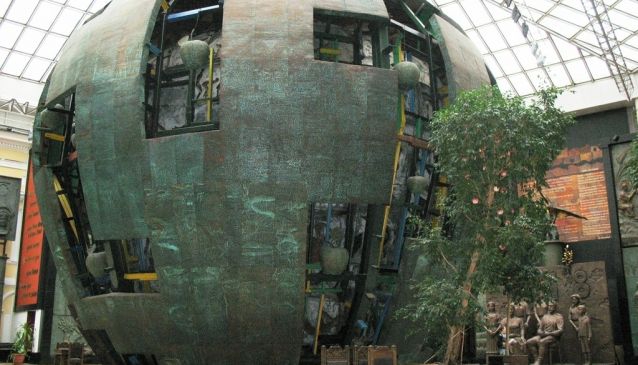 Zurab Tsereteli's Art Gallery, the exhibition complex of the Russian Academy of Art, was opened in March 2001.  The building of the Gallery, the former Dolgorukovs' House, was restored and reconstructed by Zurab Tsereteli, the President of the Russian Academy of Art, in 1998-2000. Tsereteli wanted to transform the Academy, returning its leading position it had occupied in the 18th-19th centuries, as well as to realize the cultural charity initiative.
The magnificent palace, which includes vaulted rooms architecturally maintained since the 18th century and majestic rooms decorated in the middle of the 19th century, is perfect for various large-scale exhibitions. Moreover, the treasures of the Academy are constantly exposed here.