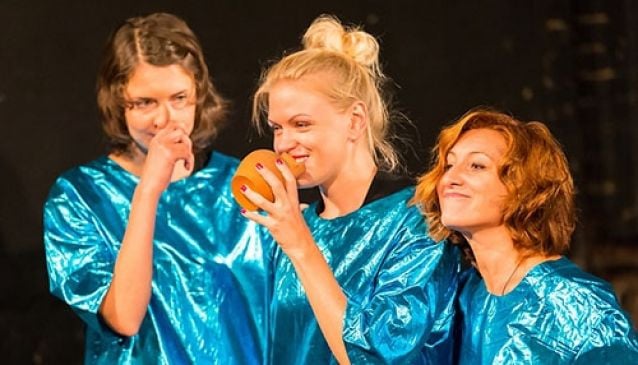 A documentary theatre THEATRE.DOC was founded by a number of playwrights in 2002. This is a non-state, non-commercial, independent and collective project. Many of works here are carried out by volunteers, on a voluntary basis.

A considerable part of the Theatre.doc performances is played in a documentary style. The stagings are based on original texts, interviews and lives of real people. It's a special theatrical genre existing at the interface of art and hot topic social analysis. The theatre's art groups produce performances based on meetings with real people, on the most pressing and timeous themes of the reality around us. Real people's testimony, verbatim method, 'deep' improvisation, theatrical role plays and trainings are in great use by the theatre.

There are a lot of reviews written about Theatre.doc. It received many awards. The theatre is a participant of prestigious theatre festivals in Poland, France, Germany, Czech Republic, Finland, Hungary, Austria, Baltic countries and a number of Russian cities. Theatre.doc was recognized as the Most Creative Theatre by The Creative magazine and The Stalker cinema festival. Four times it was nominated for the national theatrical award 'The Golden Mask' (for staging 'The Oxygen', 'Life Is a Success', 'Light My Fire' and 'Akyn-Opera'). At present the repertoire accounts to thirty shows.