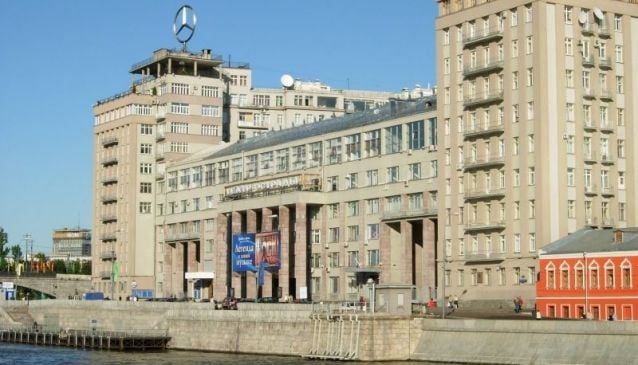 The Moscow State Variety Theatre was opened in 1954. The first building of the theatre was located on Mayakovsky Street. The building primarily belonged to the 'Alkazar' restaurant where later the Satire Theatre was allocated. In February 1961, the Variety Theatre moved into a new building on Bersenevskaya naberezhnaya, where it is hosted till today.
The art director of the theatre is Gennady Khazanov (Russian stand-up comedian and part-time actor, best known for his consistent parodies of Russian and Soviet politicians). Many well-known stand-up comedians had also performed shows in this theatre.  A lot of current famous pop stars of Russia started their career holding concerts in the theatre. Not only Russian well-known singers but also world known ones, such as Edith Piaf, Mireille Mathieu, Marlene Dietrich, Dean Reed, Salvatore Adamo, Marina Vlady, Jacques Brel, Charles Aznavour, BB King, Pierre Richard, Glenn Hughes, Jean Tatlyan, and many more had concerts in the theatre.