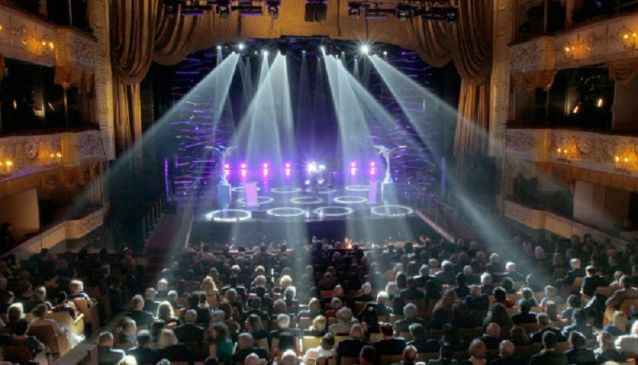 Directions to The Moscow Operetta Theatre

The Moscow Operetta Theatre is located in the center of Moscow not far from metro stations Teatralnaya and Okhotniy Ryad.
At the beginning of the XX Century, the Moscow Operetta Theatre was recognized to be the best theatre performing classical operetta. Johann Strauss, Jacques Offenbach, Emmerich Kalman were the first composers to be performed on the stages of the theatre.  Dmitry Shostakovich and Dmitry Kabalevsky are among those who made special works for the theatre. Thanks to those outstanding composers, the theatre had its own incomparable and unique style. Today the unique style and traditions of the theatre are continued due to talented play of actors and strong staging potential of directors.
Nowadays the audience can enjoy not only classical operettas, but also musical comedies, colorful shows, musicals that are created with special sound and light effects.
The first contemporary musical 'Metro' was staged in the theatre which had a huge success back in 1999. This became the beginning of new genre spreading in Russia that was already popular in Europe and America.
Later performed famous musicals, such as 'Notre Dame de Paris', 'Romeo and Juliet', 'My Fair Lady', accorded worldwide recognition to the theatre and acceptance by famous critics.
Although the building of the theatre has been reconstructed for several times, it still preserves the old style and needs to be renewed.  Nevertheless the sound and lighting equipment is relatively hi-tech and make the audience enjoy the performances.