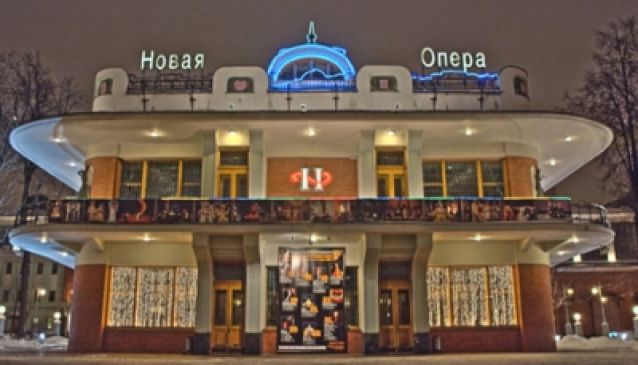 The Kolobov Novaya Opera Theatre is really innovative and was opened in 1991. It's not far from Pushkinskaya station near the Hermitage Garden. The founder of the theatre Yevgeny Kolobov was the first opera conductor in Russia to have staged Verdi's La forza del destino, Bellini's Il pirata, Donizetti's Maria Stuarda, Catalani's La Wally, Verdi's I due Foscari, Mussorgsky's Boris Godunov in the composer's original version and Thomas's Hamlet. He has also produced new, remarkable productions of Glinka's Ruslan and Lyudmila, 'O Mozart! Mozart...' (based on the opera Mozart and Salieri by Rimsky-Korsakov and Mozart's Requiem), Tchaikovsky's Eugene Onegin, Golovin's First Love (Kolobov's debut as stage director) and Verdi's La Traviata.

The theatre tends to 'update' classical opera masterpieces, they reshape the concept by adding more contemporary details (through costumes and acting) and at the same time expressing traditional beauty of human voices with recognizable parts. The opera theatre hall has an audience capacity of 650 persons. As a piece of architecture it's quite spacious and has a well-proportioned combination of high art conservative attributes and present day design.

The theatre is internationally famous due to its tours to the USA, Italy, France, Estonia, Germany and Greece etc.