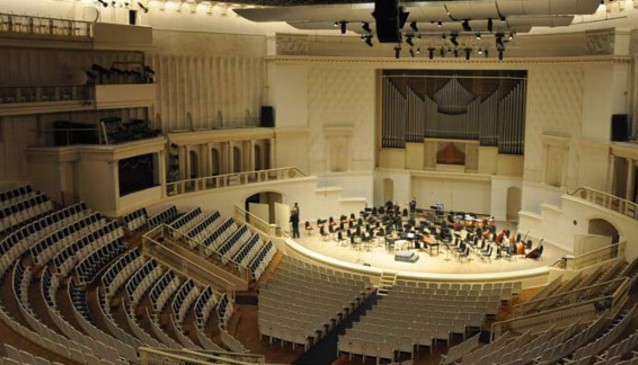 Triumph Square, 4 / 31 - this address is familiar with musicians from all over the world and is a household name for Muscovites. The Tchaikovsky Concert Hall celebrated its 70 anniversary in 2010 and remains as influential as ever in Russia arts scene.

The list of foreign stars that have graced the glorious history of the hall is endless. Top world-class pianists, conductors, violinists, singers, symphonic and chamber orchestras, choirs, instrumental ensembles from all over the world have left their mark on this glorious musical cathedral. Only in the last few seasons the Tchaikovsky Concert Hall welcomed the Vienna Philharmonic and London Symphony Orchestra, the Arturo Toscanini Symphony Orchestra, the Simón Bolívar Youth Orchestra of Venezuela and many more.