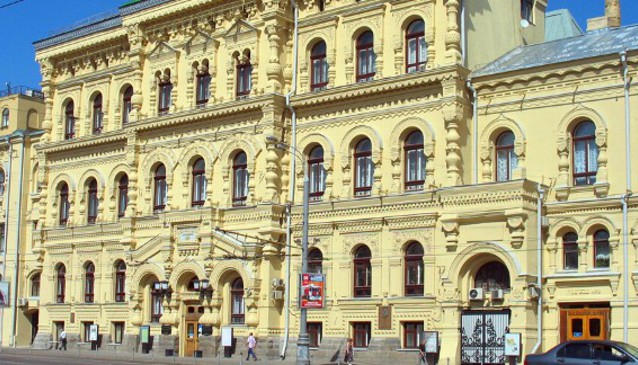 The Polytechnical Museum in Moscow is one of the oldest museums in the world. The founders of the museum were the Society of Naturalists. Actively participating in organizing the construction of the Moscow University were also professor Shchurovsky GE and Bogdanov, AP.

Opened in 1872 in a temporary building on Prechistenka, five years later the central part of the Polytechnical Museum was completed by the architect Monighetti. Then the southern wing was worked on by architects Shokhin and Weber, and in 1896 work was completed on the right wing before being completed on the North Building in 1907. In all, the construction of the Polytechnic Museum in Moscow lasted nearly thirty years.

On each floor of the four buildings are exhibits from the various branches of engineering and science. Subjects of the first floor are about transport. The second floor is dedicated to aircraft, communications, electronics, meteorology, aviation, metallurgy, chemistry and mining. The third and fourth floors tackle aspects of cybernetics, automation, aerospace and computer technology. Unique exhibitions for the Polytechnic Museum include rare model airplanes, instruments for determining the level of humidity, wind speed, rainfall, wooden cameras, energy bikes and the atomic bomb.

Thanks to the exposition of the museum you can learn about the history of art, famous scientists and the principles of various devices. At the Polytechnic Museum you'll find a library with three million prints and books. The museum regularly hosts music and poetry readings, performances by famous people and scholars. The museum is also home to a circle of scientific and technical work for students interested in science and wish to enrol in technical college in Moscow.

Other nearby attractions include the Museum of Packaging, Museum of History of Moscow, Red Square and Lubyanka Square.