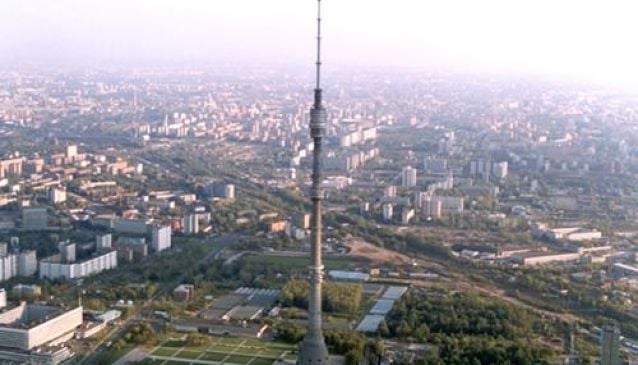 Ostankino Tower is the tallest free-standing structure in Europe. The 540-meter tower, designed by Nikolai Nikitin, was built in 1967 to mark the 50th anniversary of the October Revolution. The Ostankino TV & BC Tower isn't only a major tourist attraction. It transmits the signals of 11 television stations, 12 radio-broadcasting stations and 17 satellite TV programs.
The observation platform is located at 337-m height and it takes only 58 seconds to reach it. There are two zones for observation: closed and open. The excursions are conducted every hour daily from 10 am to 10 pm and cost 250-1200 rubles.
Just below the observation deck, there are three dining rooms of The Seventh Heaven, where you can enjoy delicious European cuisine as well as traditional Russian dishes.
Due to reconstruction the Russian TV and Radio Broadcasting Network closes the Tower for excursions till the end of 2014.