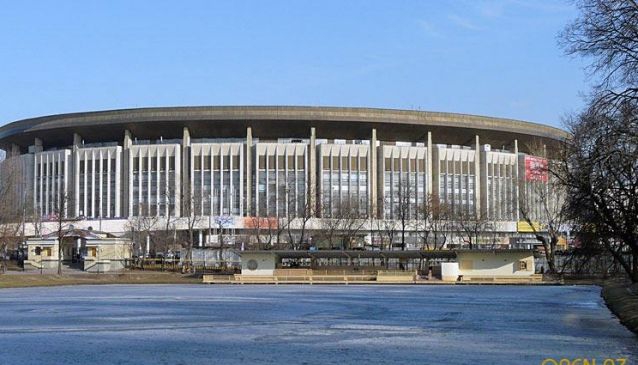 http://www.olimpik.ru/
Olimpiyskiy (Olympic) is unique multipurpose sports and entertainment facility in Russia, which is considered the landmark of Moscow. It was built for the XXII Olympic Games in Moscow in 1980. So, the date July 19 - the opening day of the Olympic Games - became the official birthday of the complex.
Olympic includes two main buildings - the stadium and a swimming pool. Olympic is the largest indoor sports facility in Europe! Besides, it is not so far from the historical centre of Moscow and located between metro station Prospekt Mira and Dostoevskaya.
Central arena of Olympic can accommodate up to 30,000 spectators. By the way, it has the dimensions of a standard football field. Its distinctive feature is the possibility of separating the space into two independent parts, in which the activities can be carried out at the same time. Concerts of the most popular singers in the world and Russia, festivals, circus performances, exhibitions, corporate events, academic conferences, as well as sports tournaments (including winter sports) take place at the central arena of Olympic.
Olympic is one of the main venues of the country. Gigs of Pink Floyd and Depeche Mode, KINO and Alla Pugacheva, Rammstein and Green Day, Beyonce and Lady Gaga, Sting and Paul McCartney, Aerosmith and Pink, Rihanna and Kylie Minogue, Muse and Guns N 'Roses, Shakira, Scorpions and A-ha, as well as many other artists were sold out there. Annually, major music festivals such as 'Muz-TV', 'Song of the Year', 'Christmas Meetings with Alla Pugacheva', 'Disco 80', 'Big Love Show' are held up in Olympic. In 2009, the complex hosted the prestigious music contest 'Eurovision', which became one of the brightest shows in its history.