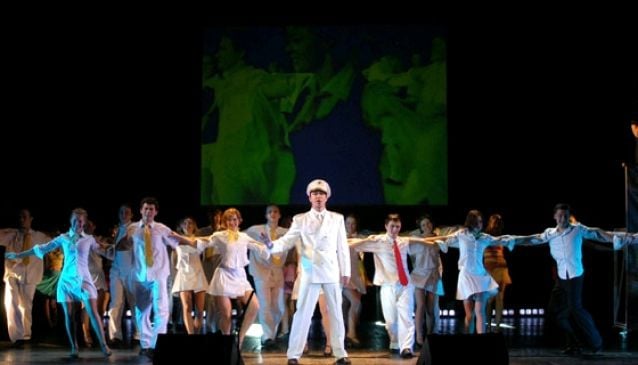 Directions to Moscow Theatre MOST

The Moscow Theatre MOST was founded as a part of world-famous Moscow State University Student Theatre (MSUST). The history of the MSUST is very old, and the chronicle of the theatre started back in 1756, a year after Moscow State University establishment. MSUST was one of the first public theatres in Russia.
In 1957, a young actor Rolan Bykov (Soviet and Russian actor, theater director, film director and screenwriter) transformed one of the theatre bands of Moscow State University Culture Centre into a real theatre which immediately gained fame all over Moscow.
At the end of the XX and beginning of the XXI Centuries the theatre started to subordinate to Moscow City Government and it was renamed to MOST. The official opening of MOST took place in 1999.
One can enjoy different genre performances starting from comedy to psychological drama in the theatre. It is more than a theatre. Young poets, writers, designers and musicians gather together here to create something very beautiful and extraordinary.
Since 2010 the theatre has its own building on BolshayaSadovaya Street 6.