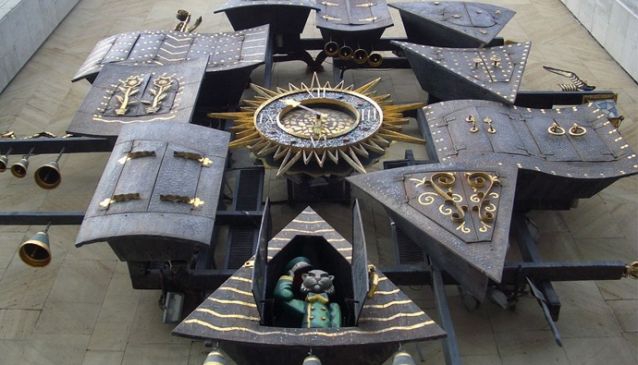 Moscow State Puppet Theatre named after Sergey Obraztsov was founded in 1931. It's one of the most remarkable places to visit in Moscow, it's not only about kids' puppet show but also a parody theatre with a reference to Soviet and modern Russia political context. The founder was a prominent artist, writer and actor who staged 61 plays, the most famous are 'Extraordinary concert', 'Aladdin and the enchanted lamp ', 'At the rustle of your eyelashes', 'Devil's mill', 'Don Juan' and others. There is a puppet museum with legendary characters-puppets in popular Soviet performances. It's a very special Russian 'toy world' where through human and animal like marionettes deep ideas and Russian distinctiveness reveal themselves.

So don't hesitate to enjoy it, make sure you have a good interpreter to translate all nuances of Russian humour contextually. But one should also add that, generally, music and gestures make up the right language of the performance which is easy for everybody to comprehend.