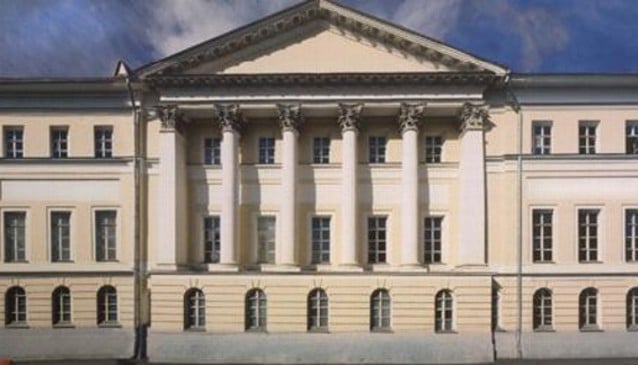 The Moscow Museum of Modern Art received its first guests in the winter of 1999. It was the first in Russia to specialize in the modern art of the 19th and 20th centuries. The opening of the museum was made possible with the support of Moscow’s government. The concept was led by museum artist Zurab Tsereteli – he was pivotal in gaining the more than two thousand works of various artists found at the Moscow Museum of Modern Art. Government funds were also supplemented with various gifts and regular purchases.

The Modern Art museum is spread over five buildings. The main building is a mansion previously owned by a rich merchant by the name of Gubin. The second is on Ermolaevsky lane, whilst on Tverskaya Boulevard you will find a spacious gallery. The other two museum buildings may be found at Petrovka on Gogol Boulevard. Also open to the public is a three-storey workshop on Zurab Tsereteli, where you can learn about the creative process and stages into becoming a famous artist.

The main collection of the Moscow Museum of Modern Art presents creations of avant-garde artists. Many of the works returned back home to Russia from abroad - for example, works by Marc Chagall, Aristarchus Lentulova, Alexander Archipenko, Kazimir Malevich, Vassily Kandinsky and Vladimir Tatlin. Occupying a special place in the gallary are works by Georgian artist Niko Pirosmani.

There are also works of world famous foreign artists who need no introduction, such as Pablo Picasso, Salvador Dali, Henri Rousseau and many others.

A few of the works found today were banned as being non-conformist about to a couple of decades ago but today can be enjoyed by the public. This includes works by artists such as Vladimir Nemukhin, Vitali Komarov and Ilya Kabakov amongst others.

The art collection is actively updated by works of contemporary artists. The Museum also holds regular conferences, international exhibitions and symposia. For those wishing to learn more, fascinating lectures by well-known figures are regularly given. Young artists find support here and the opportunity to develop their talent. Children also have their dedicated working art studio... a great place to discover up and coming talent.