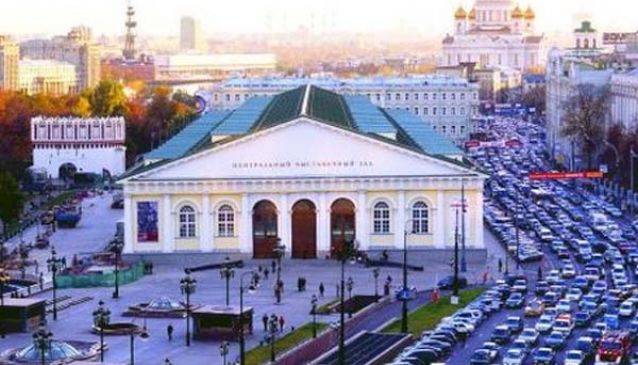 The building of 'Big Manege' was constructed in 1817 by the order of Alexander I. It was to symbolize the victory of Russians in 'Patriotic War of 1812'. Today 'Manege' gives its name to Manege Square which is adjacent to famous Red Square.
The building was designed by Spanish engineer Agustin de Betancourt and executed by architect Joseph Bové and special group of engineers and architects subordinate to Major General Lev Karboniye. Primarily 'Manege' used to be called 'Exercise house' and it was an indoor riding Academy.
Since 1831, 'Manege' has been hosting regular concerts and entertainments. After the revolution, it became a government garage, and since 1957 one can find there the Central Exhibition Hall.