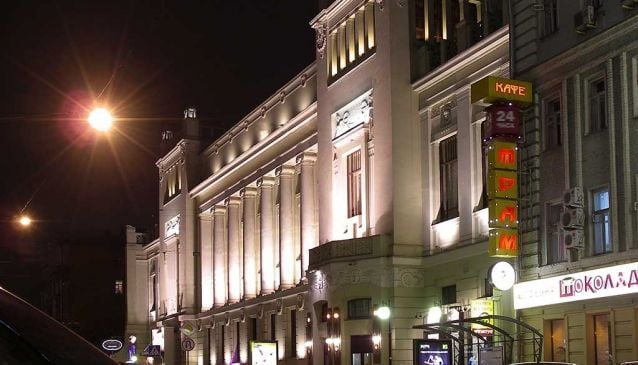 Lenkom is one of the most famous and legendary theatres of Russia. The history of Lenkom can be started with 'Theatre for Working Youth' (TRAM) in 1927. The future theatre claimed that the theatre is for young people run by young people. Lenkom Theatre is the official name of what was once known as the Moscow State Theatre named after Lenin's Komsomol and it was named Lenkom in 1938.
During almost 80 years of work in Soviet Union, and now Russia, Lenkom has been pioneering new, fresh and experimental ideas to make performances.Several art directors changed during this period and each of the directors brought into the theatre something very peculiar as well as very daring andfresh ideas for their period of time they were living in.
It is worth mentioning that Lenkom was the first to stage rock operas such as 'Unona and Avos' (1981, USSR), 'Til'. It was quite bold to perform such kind of plays in USSR. One should have had guts to do it at Soviet period and Lenkom did it.  Each of the operas mentioned aboveis being performed for almost 20 years now.