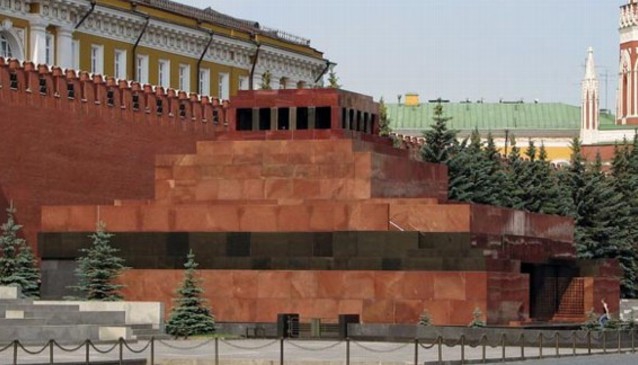 Lenin's Mausoleum on Red Square is the final resting place of the Soviet leader's mummified body and the source of much controversial debate.

There has been much talk about whether to bury the body according to Christian tradition or to allow it to remain where it is - a symbol of the Soviet epoch. The Mausoleum has become the subject of many a Russian joke and is considered by many Russians as ridiculously nostalgic. Nevertheless, thousands of tourists come to see the proof and symbol of the Russian Revolution.

Designed by Alexei Shchusev, the mausoleum is a step-pyramid of cubes, a form revered by Russian avant-gardists that was also fashionable for its association with ancient Egyptian architecture.

Lenin's Mausoleum is open to the public and remains a powerful reminder that, like socialism, Lenin is dead but not forgotten.

Note that official opening hours may be suspended at short notice, and the mausoleum shuts for six weeks every eighteen months while Lenin gets the full treatment.