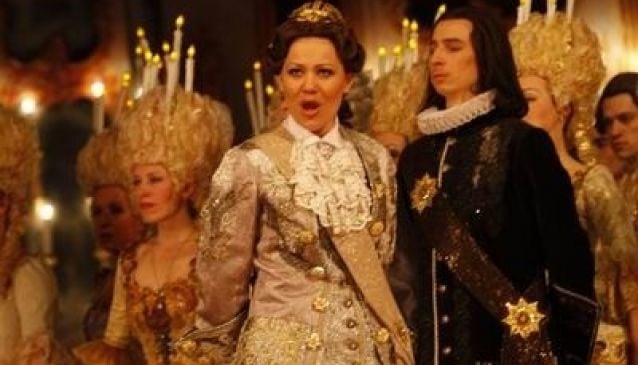 Dmitry Bertman is a Russian theatre and opera director and the founder and artistic director of Helikon Opera in Moscow. More than 90 performances were staged by Dmitry in Russia and abroad, including Spain, France, Germany, Ireland, Canada, Austria, Estonia, Italy, Sweden, New Zealand and Denmark. The first performance staged in the theatre was Stravinsky's 'Mavra' on April 10, 1990.
Today the theatre has more than 50 performances, each being very unique. The theatre is always in search of new ways to surprise the audience with new decisions, wonderful music and dramatic play of actors.
The historical building of the theatre is on Bolshaya Nikitskaya Street. Since 2007, the building of the theatre is on reconstruction, and the theatre is making performances in Auditorium located on 11, Novy Arbat Street. During the 7 years of reconstruction 17 performances were staged in this Auditorium. 'Boris Godunov' (M. Musorgsky), 'Sibir' (Giordano), 'The Barber of Seville' (Rossini), 'The Marriage of Figaro' (Mozart), 'Rasputin' (Riza), 'Kalinka-opera' and many more were performed during these years.