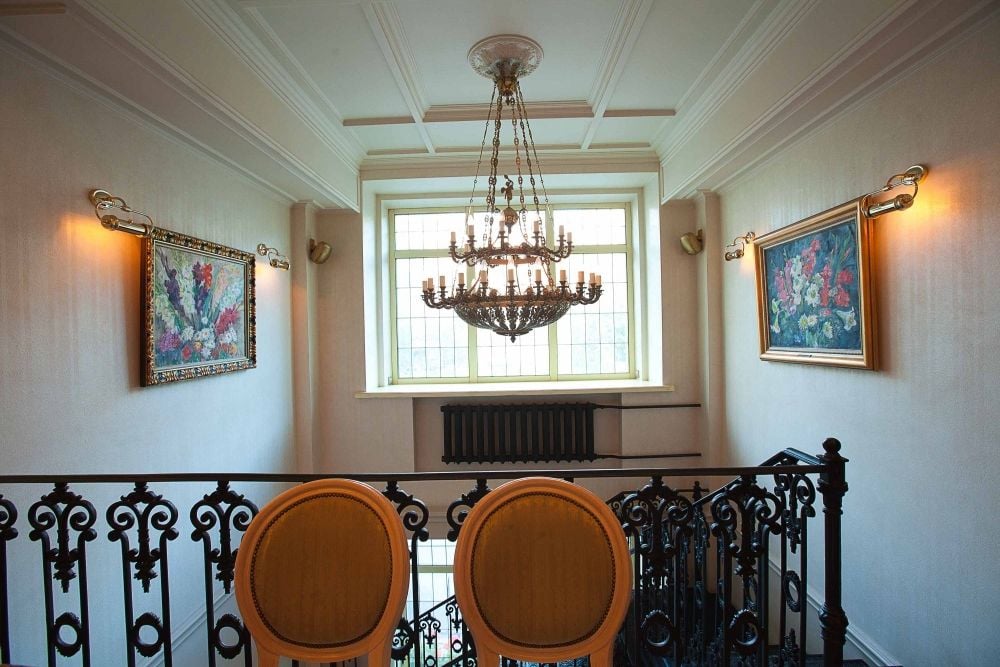 Lucien offers a rare experience in the dining scene of Moscow, or anywhere else for that matter. It is one of the few places to try the most refined dishes of 19th-century Russian, French and Jewish cuisines, carefully prepared according to old historical recipes. At the same time, the menu also features some of the most popular dishes of contemporary gastronomy.

In creating Lucien, the restaurateurs were inspired by the legendary 19th century Moscow restaurant Hermitage, where French-Russian chef Lucien Olivier famously created one of the most iconic dishes of Russian cuisine - Salad Olivier. While a mayonnaise-rich salad bearing this name is ubiquitous in Russia today, that version is a Soviet-style adaptation substituting many of the original hard-to-find ingredients with others that were readily available in the USSR. Culinary historians disagree over what actually went into Chef Oliver's original salad, since his recipe was a closely guarded secret. Nonetheless, Lucien can give you a taste of what it might have been, with a choice of two trios of Oliver salads: one with Kamchatka crab, prawns and crayfish, and another with roast beef, smoked duck and veal tongue.

The rest of the menu is just as appetising, offering everything you need for a complete old-style Russian dining experience - from caviar and vodka to borshch and beef stroganoff, pelmeni and pirozhki. If you're feeling adventurous, you can try stuffed pike with caviar, champagne jelly and beetroot, served with home-made horseradish sauce, or rabbit liver in mustard-cream sauce with forest mushrooms on potato pie. If you're unfamiliar with such food and don't know what to order, you can't go wrong with a complete multi-course meal including a taste of all the most important items on the menu.

Finish of your meal by trying a traditional samovar tea ceremony, complete with pastries, honey and other sweets.

The setting also excels at creating a pre-Revolutionary atmosphere: the two-level restaurant is housed in an Art Nouveau merchant's house dating back to 1906-08, with interior design that recreates the style of the era. Every detail is carefully chosen for its authenticity, from the Mettlach tiles on the floor to the chandeliers hanging from the ceiling.

Lucien is suitable for a wide range of special occasions - from family celebrations and romantic dinners to business meetings and corporate events. For tourists visiting Moscow, expats and locals alike, Lucien offers more than just a meal - it's a unique and unforgettable experience.