AAArbat is a live, hot and beating heart of Moscow. Arbat has several versions of its name. Firstly, in Arabic 'Orbat' means suburb,and it is truly understandable, because in XIV-XVI centuries, Arbat was located in the surburb- just right behind the white-stone Kremlin walls. Secondly, in Turkic 'Arba' is a carriage, and it might also be the right explanation because tatars stayed there when they were on their way to Moscow. And the most interesting interpretation is a distorted word 'gorbat' (crooked).  The name was given due to special street planning. Moscow was a wooden town and fires which happened often seemed a real danger, thus to prevent it, streets and lanes were designed in a crooked way, as twisting ones to reduce wind power and thus fire catching. 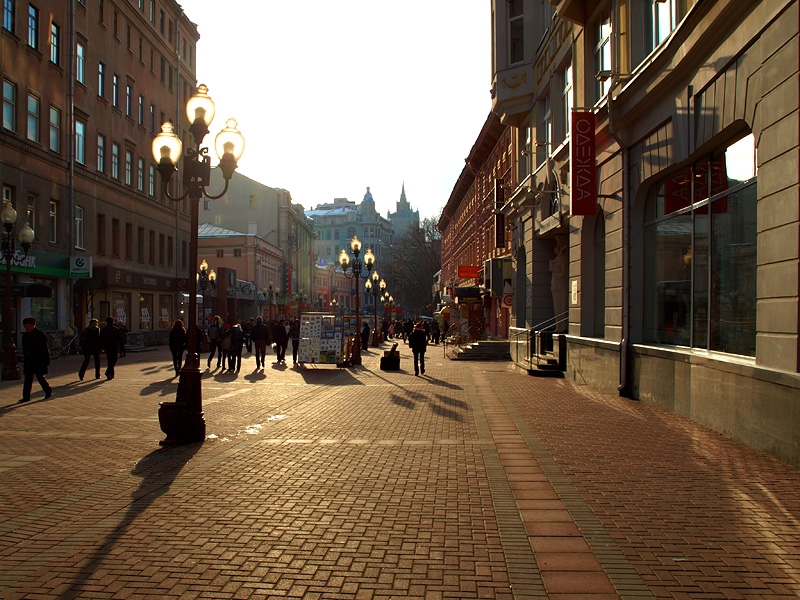 Actually, until XVIII century Arbat was not only a street, but also a district with plenty of trade shops such as carpentry, jewellery, coinage ones and many others. Unfortunately, in 1812, when Napoleon captured Moscow, lots of wooden buildings in the street burnt down and it took a long time to make it come to life again. In Soviet times Arbatâs name was changed to Old Arbat. The reason for this was Kalinin prospect also known as New Arbat, which was in parallel to the initial Arbat. It wasn't the most brilliant architectural idea, so New Arbat was quickly nicknamed 'false teeth'.

Since 1974 Old Arbat has become a pedestrian zone with trade stalls, tiny shops and local cafes. It has become the Russian Â«MontparnasseÂ», place, where poets, writers and painters lived. In the nineties, Arbat was a place for underground rock bands, young rebels, new wave musicians and freaks. For more than 10 years it has been a popular spot for tourists who like to enjoy themselves at theatres, museums, shops, restaurants and clubs scattered along the street and round the corner lanes. There still are some local crafts with antique stuff like Soviet coins or pins and traditional matreshkas. In the spring it is a typical venue for outdoor Dream Flash festival (Bubble festival) when lots of pedestrians dressed in a fancy costumes have fun, show joy and happiness and blow soap bubbles. The main idea of the festival is to be in high spirits and make others feel the same. 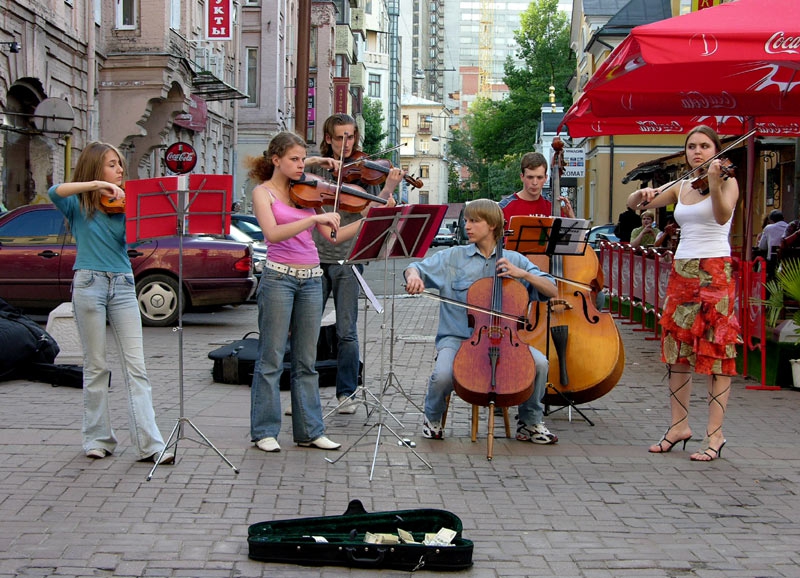 Arbat is really easy to find, it is right in the heart of Moscow, between Smolenskaya and Arbatskaya metro stations.