Filter Time Out Bar by Type

Filter Time Out Bar by Type 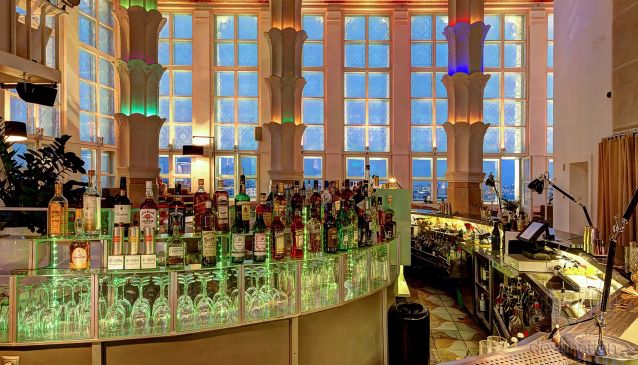 Situated just under the spire of Pekin Hotel, Timeout Rooftop Bar takes the two highest floors. Its cocktail terrace overlooks Tverskaya and Brestskaya streets, and from the restaurant terrace you can enjoy the view of the Satire Theater and Garden Ring.

The concept of Bar Carte is truly unique and simple at the same time. 'Each drink has its own time. It's very important to know what and when to drink. We know how to drink in good time and 'con gusto', says Alexander Kan. Revivers Cocktails are offered in Breakfast Time; Appetizing Time is accompanied with drinks made of extraordinary mixes: carrot and celery, apple and rosemary, cilantro and oyster sauce, etc. Tea Time in Timeout Bar is traditionally devoted to Tea in great volume mixed with alcohol. Beautiful cocktails based on tropical alcohol - pisco, rum, and tekila - mark Sundowning Time that gives way to Violet Time with its night cocktails. Your unforgettable night is crowned with Midnight Time, when you will be offered dry and strong drinks, followed by 'first-aid' Healthy Time and non-alcoholic vitamin drinks.
Alexander Kan, the author of Timeout Bar, is a legendary person in the world of mixology. A fire tamer by profession and a person of fusion by vocation, he has Polish-Korean origins having a gust of Western and Eastern cultures. Moving to Moscow the musician Alexander Kan was fated to become a talented mixologist, and in 2002 he led the opening of Goa restaurant. Thanks to Alenxander's efforts, the famous courses Absolut Academy (Stockholm) are now given in Moscow too. The Best Concept in Remy Martin Bartender Style Master Competition in Cognac in 2005 and The Best Bar of the Year for Vision Cocktail Hall in 2006 are among numerous awards of Alexander. City Space reorganized by Alexander Kan and Bek Narzi in 2008 falls into the list of Top 10 World Bar along with Isaev Cocktail which is a visiting card of Alexander. And, of course, Russian Cocktail Club couldn't be set up without Alexander Kan.

Timeout Rooftop Bar set an ambitious task from the very beginning - to be different! The role of the main designer was given to the winner of one of the most cherished awards in the world of design (Red Dot Design Award) - Martin Bautista. He managed to highlight important historical details of the unique architecture. The Dutch Designer Piet Hein Eek famous for minimalism and exquisiteness, the author of the world-known Scrapwood Cupboard, was invited for space arrangement. Thanks to him, Timeout Bar buried glamour and gave birth to the new underground style, which became a lifestyle for creative class.