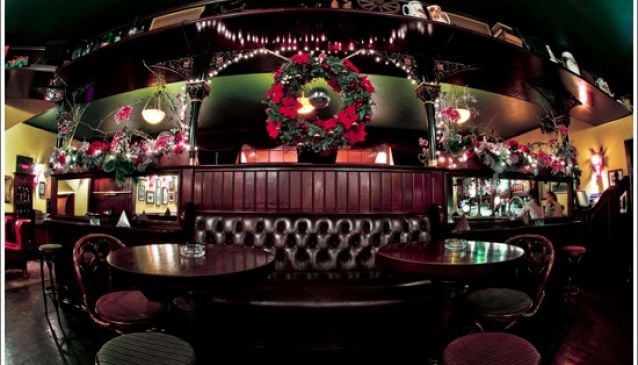 16 Tons is in the centre of Moscow and successfully combines 3 different kinds of entertainment: clubbing, pub style drinking and satisfying your gourmet taste at a restaurant. It is one of the oldest English pubs existing at present. It is also the first concert hall in Moscow where you can listen to guitar bands. Lots of different clubs in the city took over its format, but much later.

The venue offers a diverse menu and plays music at a level that doesn't interfere with a cosy chat or a business meeting. There is also a brewery, dating back to the club's launch that offers 3 kinds of licensed house beer: Special lager, Particular red and Double stout. 16 Tons branded beer is awarded with lots of international prizes.

The club 16 Tons is named after a song that was composed by Merle Travis and dedicated to the hard labour of miners. It was written in America in 1946, but became popular only in 1955 after the performance of Tennessee Ernie Ford. The song Sixteen Tons can be heard at the club, it's the last call before each concert.

The British company made the interior design of the club: Andy Thornton Architectural Antiques, which received the Queen of Britain award in 1994. The company is a recognized leader in creating authentic English design (among its customers are: Hilton Hotels, Sheraton Hotels, Holiday Inn and etc.) The ground floor is a classic English pub, but the first one is designed especially for 16 Tons.