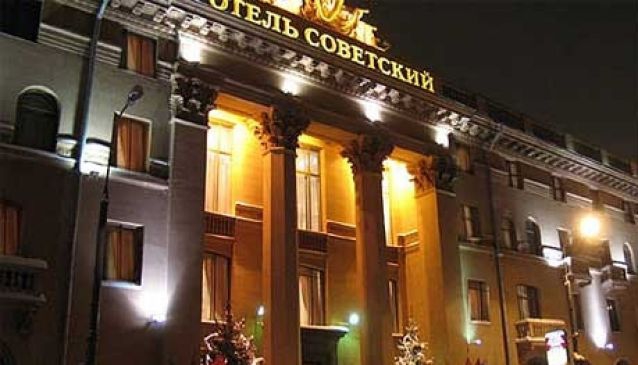 In 1952 on the personal order of Stalin the hotel 'Sovietskaya' was added to the building of the restaurant 'Yar'. It was considered an official 'government' restaurant and was well-known in governmental and diplomatic circles.
At the moment the entire pre-revolutionary interior has been restored: the wall and ceiling frescoes from the beginning of the century, the chandelier made in 1912 and the lamps from 1952, the fountain in the inner yard made as a copy of the Bolshoi theatre fountain.
Apart from different room categories, such as Standard twin, superior room, deluxe, junior suite, and club suite, the hotel offers Stalin's apartment, a suite-legend named after the son of Russian Leader Joseph Stalin, consisting of three big rooms, two bathrooms and a Jacuzzi. The guests also have a chance to stay at Yar's apartment, where Indira Gandhi and Margaret Thatcher lived, and Romantic apartment, filled with the atmosphere of the 1950s.
The award-winning restaurant 'Yar' presents a vibrant menu of classic favourites and original creations. The YAR's Wine List features over 150 selections, specializing in wines from around the world. The YAR is the only public theatre-restaurant in Moscow with an extravagant night show 'Russian Ball at YAR'.