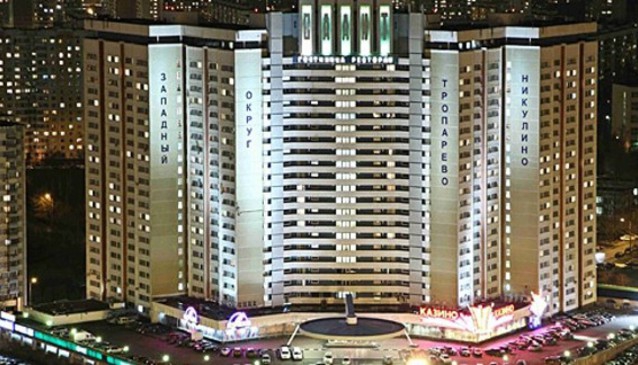 The Salut by CTOs hotel is in the city’s Troparevo district, known for its green areas, close to the Moscow Ring Road. This large three-star hotel was built as part of the city’s preparations for the 1980 Moscow Olympics. Its amenities include a casino, shops and a beauty salon. There are many dining options with international menus. Guests can choose renovated rooms and suites. There are two nearby metro stations. The hotel is about 30-40 minutes by car from the Sheremetyevo and Domodedovo airports.