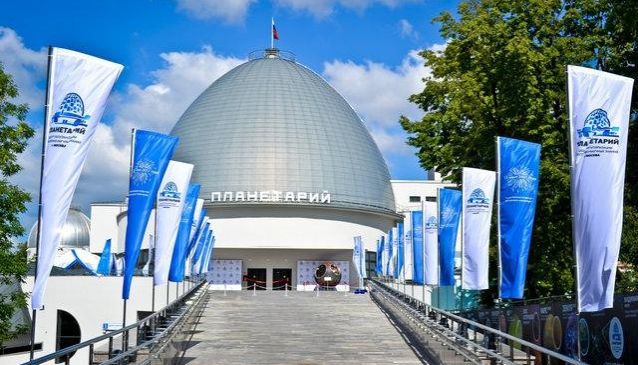 Moscow planetarium is one of the most interesting places to visit, there are various objects which illustrate fundamental physical laws and interactive activities when somebody can control the toy moon probe or simulate a thunderstorm.

The museum is not far from the zoo, right in the heart of Moscow and has a recognizable dome. Cucumber top shaped it catches the eye immediately and is really popular among Moscovites.

There is Sky Park with an observatory, Urania museum and Lunarium (the Moon hall) with multilingual guided tours. Planetarium is highlighted by the giant semi sphere screen where viewers can see galaxies, constellations, different space bodies as if they look through the telescope lying in their armchairs. These films are exciting, informative and show the most global and universal scope of the world. Besides, recently the museum has introduced visual music shows to Pink Floyd songs at the big Star hall.

Planetarium was founded in 1929, used to be an astronomy centre in Soviet times and worked as a training base for polar pilots but now is a museum which has turned into a modern and well equipped science attraction for both adults and kids.