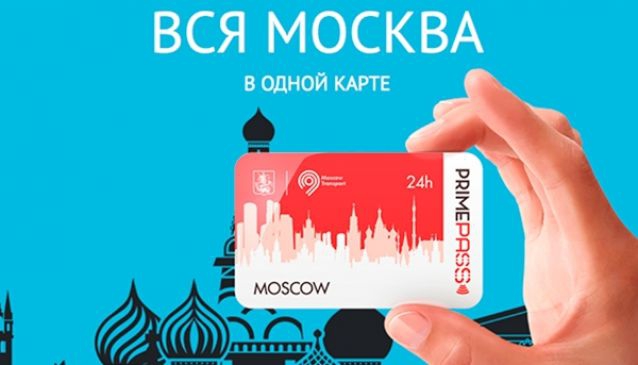 The card 'Prime Pass' is launched in Moscow, giving the citizens a possibility to use public transport unlimitedly during a day (metro, autobus, trolleybus, tramways) and visit city museums and other amusement places (Moscow Museum, Tretyagov Gallery, Planetarium, Zoo Park, Center of Documentary Films). The main advantage of Prime Pass for users is saving of money and time, which they don't spend in queues.

At present the card is valid during 24 hours and costs 1099 rubles (1399 rubles with delivery). Soon the card will be available at the airports, stations and hotels. Besides, in November, Prime Pass launched application for iOS and Android. At the end of 2014, an electronic card Prime Pass will be launched and will cost 799 rubles. The virtual card includes only cultural institutions.