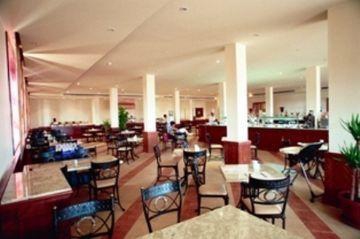 The President Hotel is a 5-star hotel that was built in 1982 with a purpose to host the dignitaries of the Soviet State and their guests from other nations. In 1992 the hotel was renamed President Hotel and almost at once it became popular with numerous foreign delegations and businesspeople.

Nowdays the hotel offers 208 guestrooms of different categories (from comfortable standard rooms to luxurious suites).The rooms are equipped with modern furniture but decorated in a traditional style. The standard list of in-room amenities meets the highest international standards. Each room is equipped with satellite TV, direct-dial phone, individually controlled conditioning and heating systems, Internet access, spacious desk, soundproof windows and doors, electronic keys, safe and refrigerator. The standard rooms overlook the Moscow River or Bolshaya Yakimanka Street. The hotel has a choice of bars and restaurants which offers beside the Russian, European and Asian dishes an overwhelming and unique views of Moscow.