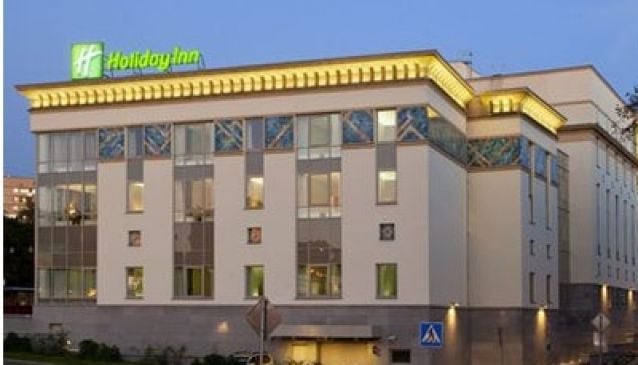 Stay connected at the Holiday Inn Moscow-Simonovsky hotel with complimentary Internet access and fast Metro links to the heart of the city. Traditional mosaics adorn the gleaming facade of Holiday Inn Moscow-Simonovsky and a wall-length mural by Russian artist Ivan Bilibin hangs in the welcoming Lobby. You can surf the web with complimentary wireless Internet in all public areas and it's just a short walk to Proletarskaya metro station , where trains speed you to central Moscow in minutes. Holiday Inn Moscow-Simonovsky is situated in the south-east of Moscow en route to Domodedovo International Airport 40km away. Close to companies in the southern business district it offers 217 rooms, and can cater for training days and conferences for 14-120 in 6 high-tech meeting rooms . Book a spacious Executive room to enjoy upgraded amenities including bathrobes and slippers. See Moscow's iconic sights from a boat on the Moskva River or hop on the metro for the short trip to attractions like historic Red Square and the Kremlin palaces. Even closer to Holiday Inn Moscow-Simonovsky, the atmospheric Novospassky and Krutitsy monasteries are both within a block of our hotel. Guests can feel free to visit our Fitness Centre for a workout any time as it's open 24 hours a day. Enjoy refined international and Japanese cuisine in The Sanctuary restaurant and mingle over drinks till late in our sociable bar.