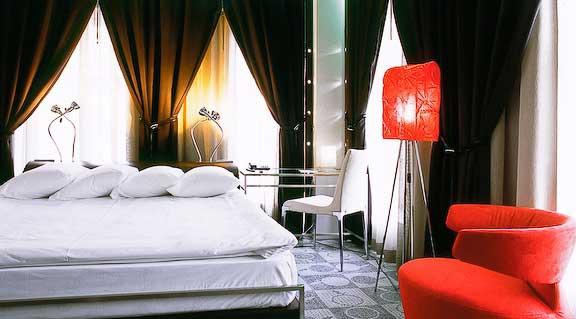 The Golden Apple is a boutique hotel that has been operating in central Moscow since 2004. The Kremlin and the Hermitage Garden are two nearby sights. The neo-classical hotel building dates back to the late nineteenth century, but has been updated in a minimalist, modern style, with colourful lighting and surfaces. The lobby features a striking sculpture of a golden apple, giving the hotel its name. The Tverskaya, Pushkinskaya and Chekhovskaya metro stations are a short walk from the hotel. The hotel is about 30 km from the Sheremetyevo international airport, and 44 km from the Domodedovo airport.